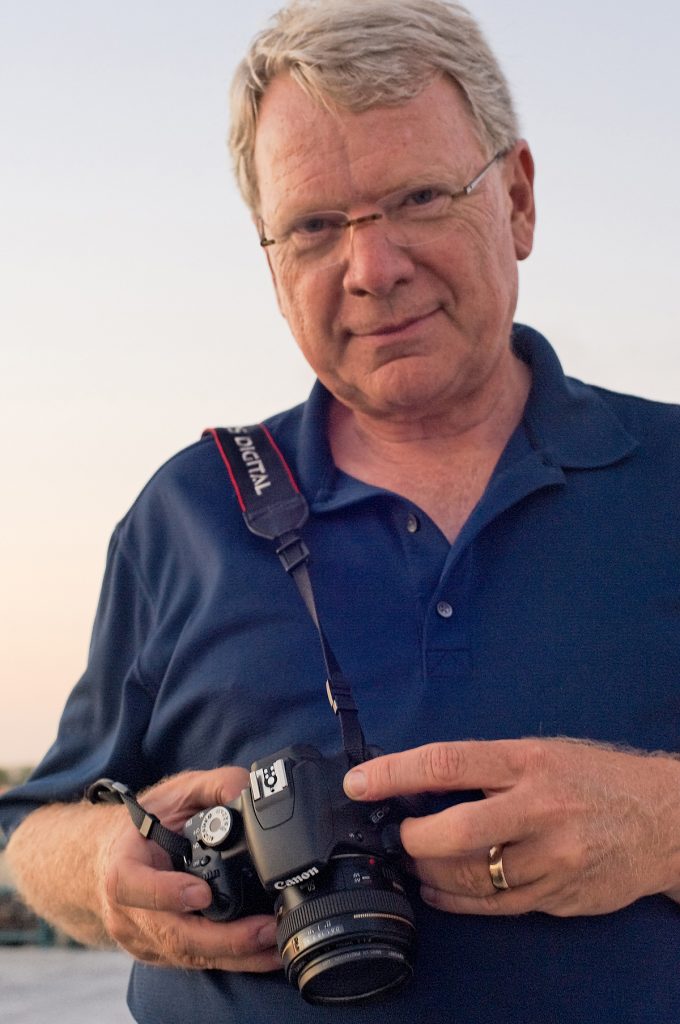 I took the Journalism class my senior year in high school. It became a defining moment in my career path.

A lot of students signed up for this class because it was considered an “easy A” without a lot of work involved. But I wanted to learn.

As a small town in rural Michigan, we were given one page in the county newspaper for school news. The journalism class was responsible for creating that page every week.

Students got to vote on assignments at the beginning of the year.

The principal’s daughter was extremely popular and elected editor.

I was assigned to write up the cafeteria menu each week. I can assure you there was no lower assignment. That probably tells you my popularity level.

A month into the school year, the staff of the county newspaper went on strike and stopped publishing.

The school decided to publish its own newspaper for students and parents.

We typed the newspaper on stencils and used the school’s mimeograph machine. (Anyone remember that?)

Now that was a lot of work, and few students were willing to help as it was no longer an “easy A,” and you had to actually do something.

I have always responded to challenges and so I worked with the journalism teacher to make it happen.

One of the editor’s duties was to deliver a brief report on the local radio station each week.

That was my first foray into broadcast media. 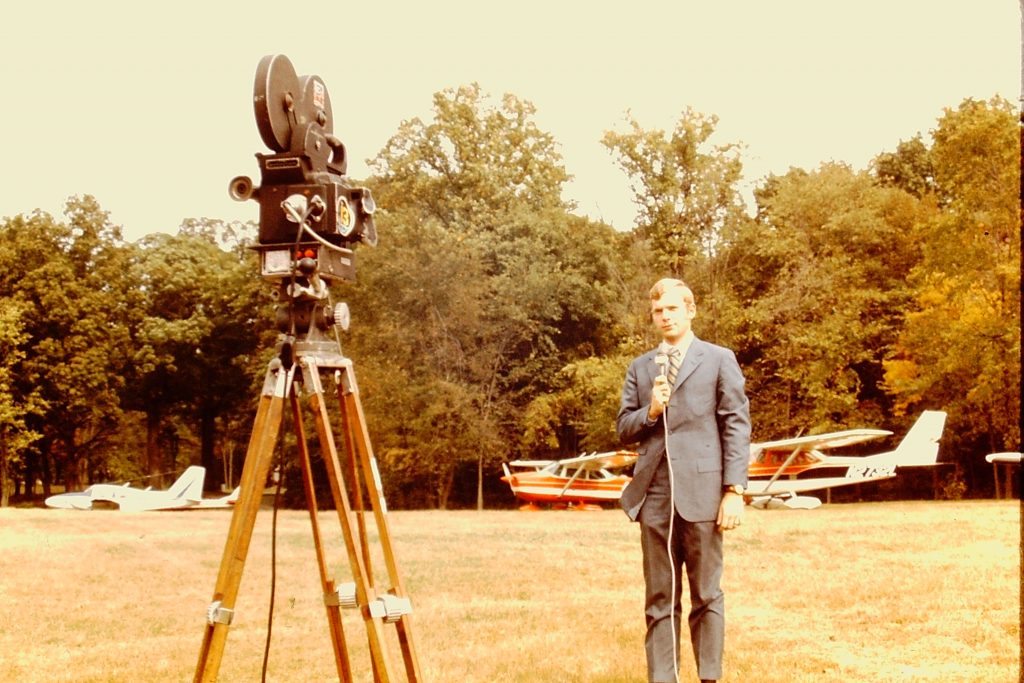 Beginning my second year in college, I became news director of that local station during the summers and worked as a radio news reporter in Lansing, Michigan, through the school year.

I achieved a master’s degree in broadcast news and journalism from Michigan State.

When I graduated, I had to decide among seven job offers because few people had such a degree at a time when local stations were expanding their evening news. I am hesitant to mention that to current day students as it sounds impossible. But timing is everything, right? 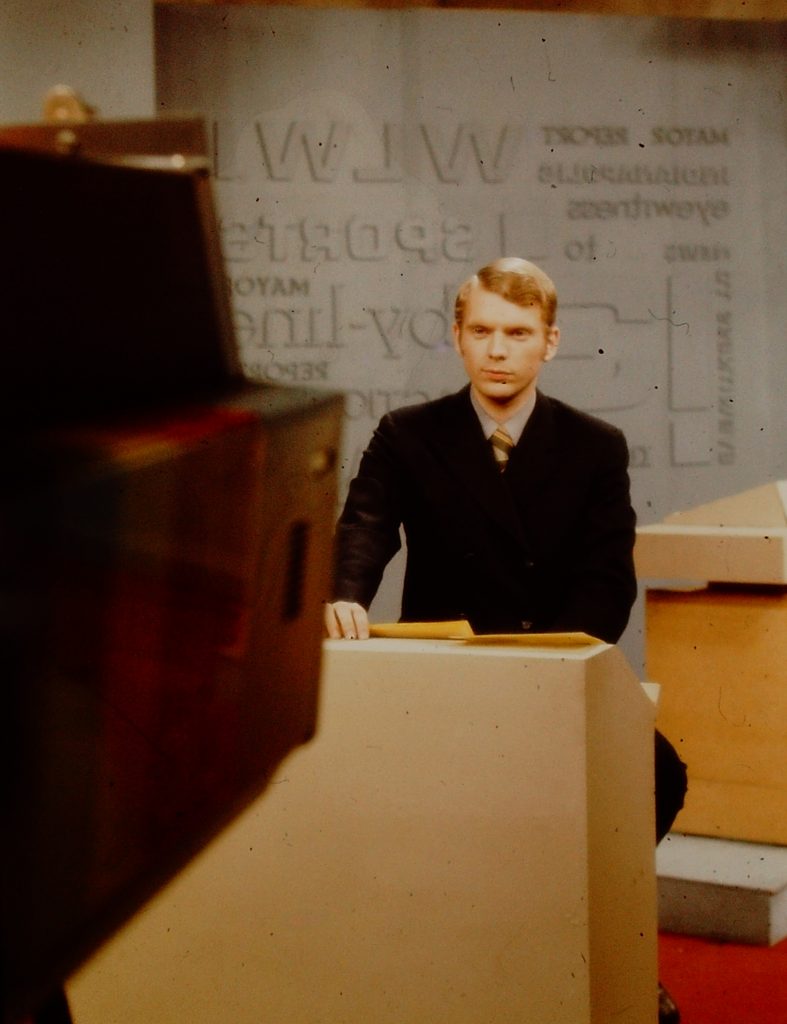 My first television job was as a reporter and weekend anchorman at the ABC affiliate in Indianapolis.

It was ideal learning for me as it gave me the opportunity to do virtually everything. Reporting, producing, anchoring, photography, and editing all fell to the young staff, which included a sportscaster, an equally young weatherman, and me.

It was a fun job as Dave Letterman was the weatherman, but that is a story for another time.

Throughout my career, the lesson I have taken from that experience is understanding where help is needed and jumping in to fill the gap. Not many are able or willing to do so, and it makes a world of difference.

(Editor’s Note: Chuck Larsen is a new member of the Press Club of Southwest Florida. Following his early days with the ABC affiliate in Indianapolis, he was program director at TV stations in Columbus, Cleveland, and New York. He then spent decades in TV distribution, syndicating shows such as Three’s Company, Seinfeld, and Law and Order. Since retiring to Sanibel, Chuck has become co-owner/associate publisher of the online newspaper, the Santiva Chronicle.

Defining Moments is a new series in SCOOP to give you, our press club members, a forum for sharing highlights from your career. Please share your Defining Moments story for an upcoming edition of SCOOP by emailing your article of 400 to 750 words to info@pressclubswfl.org, attention Karla Wheeler.)