Sometimes just because you’re good at something and gifted in a certain field of study doesn’t mean you’re destined to do that.

For me, that was true.

I did not grow up thinking that I would be a journalist, a writer, or podcaster. I grew up lower income, in a small North Carolina island town. From a young age my parents recognized that I had a genuine curiosity for the world and people around me. I also tested higher on the IQ scale than most kids my age, so my mother decided to stop working, start me in school a year early, and off I went.

Soaking up reading, writing, math, science, and music came naturally to me. I was always tinkering, building, designing, and reading books. By the time I graduated high school I had my mind set on becoming an anesthesiologist. I had scholarships and was already placed into my program at UNC Chapel Hill.

That all changed halfway through my first year when I ended up accidentally going into the wrong building on campus looking for my statistics class. While wandering the halls of the journalism school, I felt an overwhelming draw to get in on the action of what student reporters were doing. I saw a student newscast going on and was just overcome with the sense of wanting to tell stories. I spoke with a few professors who told me how to get involved. They shared examples of careers their journalism students had pursued after graduation. I was instantly hooked. I had a very solid sense that was where I belonged. Within a week, I had decided to change my major from pre-med to journalism.

I realized I was a storyteller at heart and just because I could go on to pursue pre-med, that didn’t mean I should.

The next three years were filled with experiences I’ll never forget. I learned how to craft compelling print and television news stories, conduct compelling interviews, and even did my first several live shots for a local cable affiliate. I worked and interned for every media and broadcast company that would let me through the door. I ran cables, punched graphics in crowded trucks with much older men and women, went on camera and off for major sports broadcasting productions, and worked full time for three years with the National Hockey League. I lived in Miami, Florida, for four months covering sports and news for an NBC owned and operated station, and thanks to that experience, landed my first job after college graduation as an on-air general assignment reporter for WVIR News in Virginia. 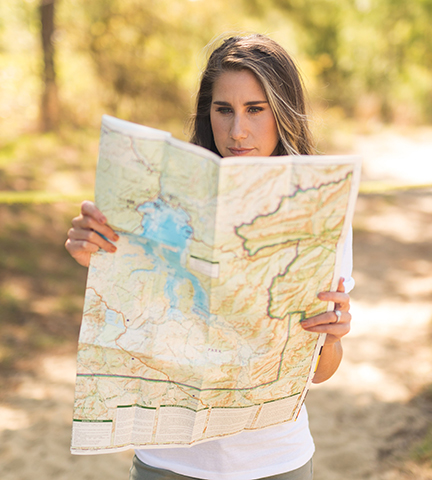 Two years in Virginia went by fast and I learned how to produce a high volume of content as a solo reporter, anchor, producer, and editor. It was there — working alone driving hours every day for stories in the winding roads of the mountains — that I covered my first homicide cases and searches for missing individuals. I traversed rural counties, national parks, and public roadways in search of answers for viewers. It was there I realized how interested I was in true-crime investigations.

The next four years sent me to Fort Myers, Florida, where I became a beat reporter and investigator for Waterman Broadcasting’s NBC-2 and ABC-7 news affiliates. During those years I covered a large number of crime stories, trials, and investigations, which reinforced my belief that I was going to one day move beyond television news reporting and invest in longer form storytelling in a genre that mirrored a lot of what TV news had to offer. This genre was in a new space that a massive emerging audience was eating up.

In 2018, while working as a full-time reporter, I decided to create my own true-crime investigative podcast series called CounterClock. It was a complete gamble and required I wake up early every day, work on the podcast investigation and production until I had to clock in at NBC-2 at 2:30 p.m. I got off air and was usually home by midnight. I battled the freakishly large sticky frogs that tried to get into my door each night and even called my then boyfriend — now husband — to drive from Estero and chase them away. Then I slept for seven hours and did it all over again the next day. I created that podcast and conducted a number of interviews on a Macintosh generation 1 laptop and two iPhone 7s.

Within a few months of investigating for Season 1, which featured an unsolved murder from my home town in North Carolina, I was able to produce several podcast episodes with the little bit of cash I scrounged up. CounterClock released on podcasting platforms, and within a few months of its debut, it amassed a substantial following. The show’s impact garnered so much attention that the district attorney and law enforcement officials in North Carolina could not ignore it and announced a re-examination of the cold criminal investigation, which continues to this day.

CounterClock Season 1 eventually got the attention of the start-up Audiochuck Podcast Network that at the time only had under its umbrella the extremely popular podcast, Crime Junkie Podcast. After a short negotiation, I decided to merge minds with Ashley Flowers, the CEO, and I was off to the races. Together, Ashley and I went on to create additional true-crime podcasts that all debuted at #1 on the Apple Podcast top-100 charts. CounterClock became a franchise show of the network. It currently has three seasons on different cases and to date has amassed a fan base beyond anything I could have ever imagined. Season 3 alone resulted in nearly 40 million downloads.

Other shows I host or executive produce for Audiochuck include Park Predators Podcast, Dark Arenas Podcast, and Solvable by Audiochuck. I am also a contributor on several others. 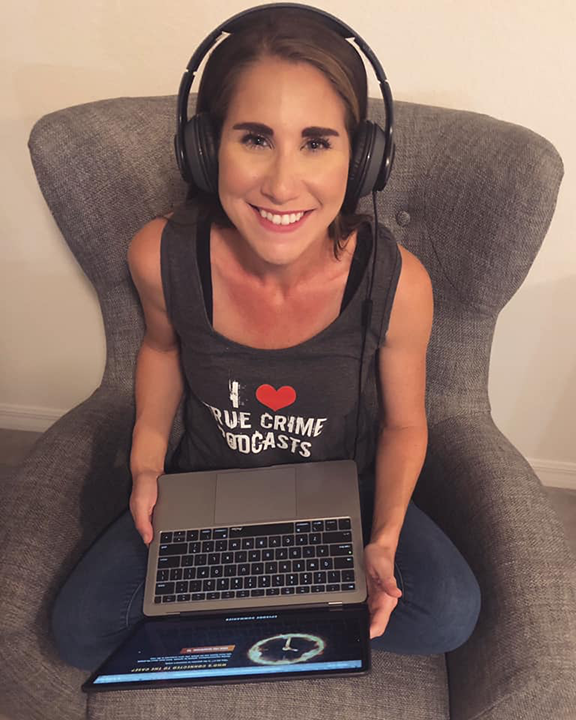 In March of 2020 I decided to “retire” from broadcast news reporting after six years and work in the podcast space full time. I’m currently the co-director of content for Audiochuck and continue to produce and host the CounterClock franchise as well as other shows.

When I look back at my defining moments, I’m struck by the fact that every step of my career was hiding Easter eggs of what I would eventually end up doing. In college I learned how to pivot fast with a career choice change. In my first job I found a desire to cover crime-related stories in unfamiliar areas. In my second job I learned how to master interviewing and story editing. And in podcasting I’ve learned how to be successful in an entirely new business model.

Like I said at the beginning, sometimes just because you’re naturally good at something doesn’t mean you can’t learn how to be great at something else.

(Editor’s Note: Defining Moments is a series in SCOOP to give you, our press club members, a forum for sharing highlights of your career. Please share your Defining Moments story for an upcoming edition of SCOOP by emailing your article of 400 to 750 words to info@pressclubswfl.org, attention Karla Wheeler.)