There’s a bit of irony that I’m a reporter in Southwest Florida because I can trace my desire to work in television back to a family vacation on Sanibel Island nearly two decades ago.

Our plan to soak up as much sunshine as we could was dampened by rain nearly every day. The brief bit of sunshine my family did enjoy was accompanied by thunderstorms and endless afternoons sitting in our rental condo watching TV.

One afternoon, while channel flipping, I came across an episode of Oprah.

The next afternoon, when it rained again, I watched another episode. The following day, same drill: rain and Oprah.

I can’t explain why my nine-year-old self was entertained by a show whose audience was largely made up of middle-aged women, other than it was like comfort food. Watching Oprah, in many ways, felt like eating my grandma’s homemade mashed potatoes.

By the time the vacation was over, I was hooked. Racing home from school to make it to the living room at 4 p.m. became a ritual. Throughout high school, I ended up befriending many of the show’s producers and became fascinated by everything they did. One even went on to write a recommendation letter for me to college. 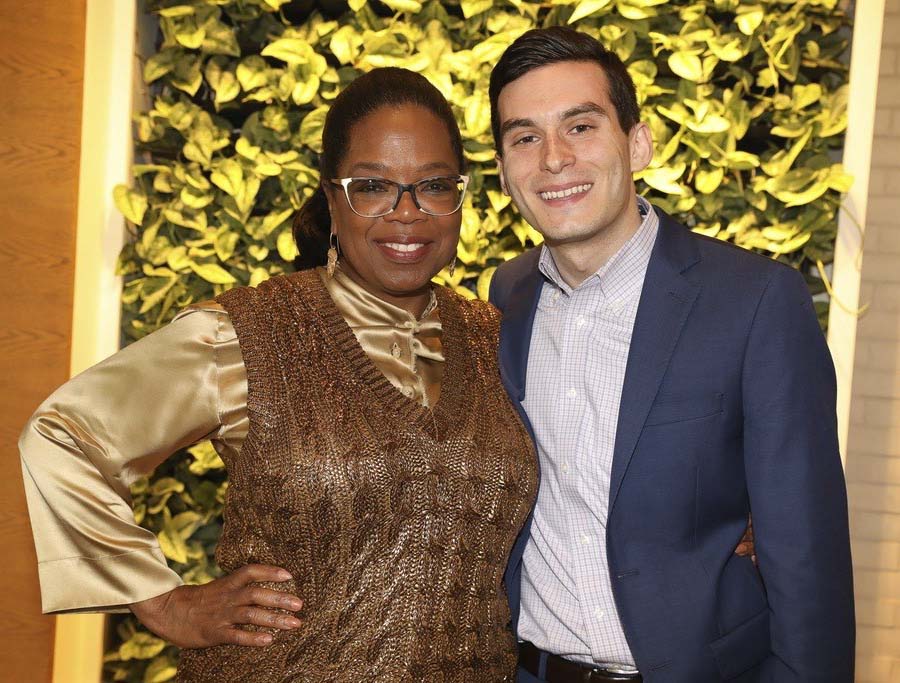 In 2011, the Oprah Winfrey Show’s historic 25-year run on daytime television ended and led to the launch of the Oprah Winfrey Network. Ratings for OWN were initially disappointing, and critics were quick to deem the venture a failure. I noticed one of the reasons people didn’t watch OWN was a simple one: they couldn’t find the channel on their cable provider.

So, one Sunday night, I put out an offer on Twitter: Can’t find OWN? Tell me where you live and what television service you use and I will look it up for you.

A few minutes later that message was retweeted by Oprah to her millions of followers. Between studying for high school physics and history exams that night, I was helping hundreds find the channel and become viewers.

“I see what you’re doing,” Oprah later tweeted to me. “You’re my dream guy.”

At a time when so many people were rooting for Oprah to fail, I later learned it meant a lot to her to see someone want her to succeed.

One of Oprah’s top producers eventually invited my family and me to a taping of Oprah’s Lifeclass, a show that was touring the country and stopping in New York City. The day before the taping, I got a phone call from Harpo Studios in Chicago. “Miss Winfrey would like to meet with you before the show,” the assistant on the line said. I was genuinely stunned.

I’ll never forget being in a room at Radio City Music Hall at 17 years old with media executives and corporate sponsors when I heard Oprah’s big, booming, iconic voice: “Is that Sean?!”. We chatted for a few minutes, and Oprah mentioned she had been following what I was doing to boost the success of OWN. “God bless you for all you’ve done for me,” she said.

Throughout my time in college, Oprah and I stayed in contact, and she influenced my decision to become a television reporter.

In local news, where the motto is often “if it bleeds, it leads,” I saw a need for uplifting, inspiring, and heartfelt reporting. I knew, if done well, this type of work would resonate with viewers. Oprah always preached about the power of authenticity, and that became my guiding light.

Any chance I got to do a feature or human-interest story during my first TV stops in Utica and Syracuse, NY, I jumped at the chance. I eventually did those pieces well enough that when WBBH decided to create a job for a feature reporter to tell stories of the human spirit in Southwest Florida, I got the gig. 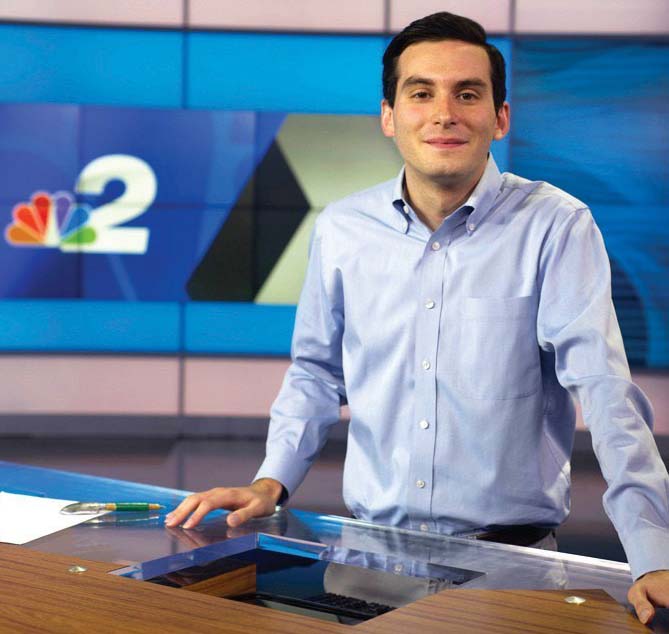 Sean Martinelli on the set of NBC2

For the past three years, I have hosted a franchise called Story2Share that ends NBC2’s 6 p.m. newscast three nights a week. I tell stories that sometimes make people laugh or cry, but hopefully always make them think.

My intention for Story2Share is to help others see the deep, invisible bond I believe humans share with one another. It exists between people regardless of their political beliefs, religion, or race. The Oprah Winfrey Show reminded audiences of this unbreakable connection for a quarter century. It’s what great television should do, and I will forever be grateful to have my own platform to enlighten and inspire for a few minutes a day. 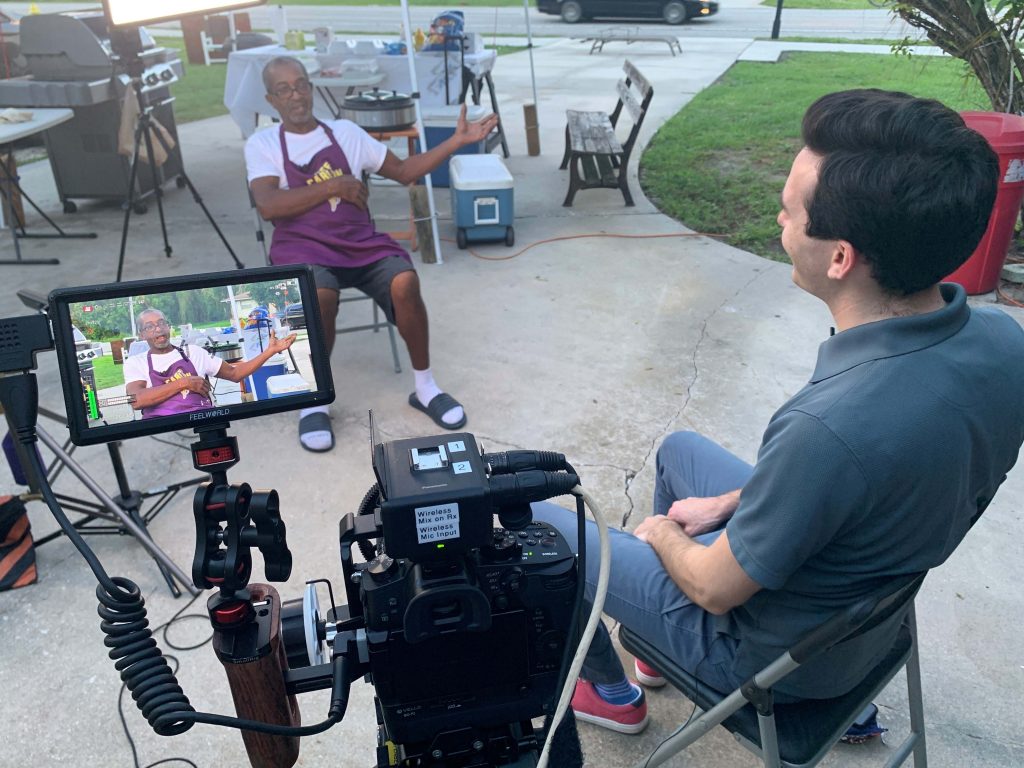 Sean conducting an interview for Story2Share

None of it likely would have been possible if it weren’t for a rainy Sanibel Island vacation and an afternoon stuck inside watching TV.

(Editor’s Note: To see some of Sean’s favorite segments of Story2Share, click here. In 2019, Sean was the press club’s winner of the Young Journalism Award in 2020 in recognition of his outstanding accomplishments researching, interviewing, writing, hosting, and producing NBC2’s Story2Share. Defining Moments is a series in SCOOP to give you, our press club members, a forum for sharing highlights of your career. Please share your Defining Moments story for an upcoming edition of SCOOP by emailing your article of 400 to 750 words to info@pressclubswfl.org, attention SCOOP Editor Karla Wheeler.)

← Defining Moments: From Pre-Med to Journalism, Then TV Reporting to True-Crime Podcasting
Fighting the Pandemic One Knock at a Time →