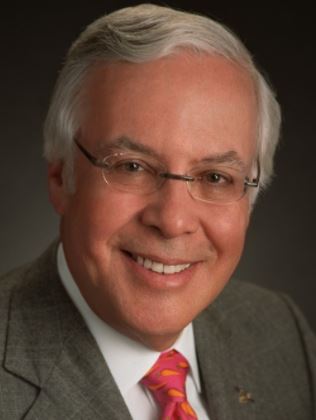 My defining moments in journalism were several, all of them involving informal mentors.

Larry then discovered a young man who operated an unofficial neighborhood radio station, and I had my first news radio show.

Next mentor was my University of Illinois TV journalism professor, Henry Lippold.

Henry was smart and motivating, and he produced and anchored an evening educational TV station newscast. He had some students cover the local and state news for the broadcast, I among them. I was considered one of “Henry’s boys and girls.”

When I returned to Champaign-Urbana after two years as an Army Officer and was working as news director/anchor at a very small NBC station, Henry stopped by to see if I would be interested in moving to the Iowa-Illinois market to be a reporter for an NBC-TV AM/FM station. The answer was “of course,” and it became my best broadcast journalism experience. I became an investigative reporter, thanks to Henry.

Next unofficial mentor was the general manager at the NBC-TV station in Hartford, CT, Paul Hughes, who hired me as news director.

Compared to other stations in New England it was the smallest — smaller staff, less equipment, less revenue. But Paul focused on making it a good community station. He wanted us to do our best and treat our people right. After two years, our smallest station was honored as having the best newscast in New England! We excelled over the larger Connecticut stations, the bigger Rhode Island stations, and the Boston stations.

The credit went to Paul Hughes, who found great employees, then directed and supported them. I’ll always remember Paul often saying, “In this business do well by doing good.”

Finally, many of my fellow workers were my unofficial mentors — reporters, news directors, videographers. One was a Cuban immigrant reporter who had a thick hard-to-follow accent, but I could tell right away he was smart and supportive of me and the station. Despite the general manager’s questioning, after I was the news director for a short time, I promoted the reporter to assignment editor. He, Ricardo Brown, became the real strength in the newsroom. We also hired other great staffers who taught me.

Then we hired an anchor away from the larger CBS station, R.D. Saul. I learned so much about journalism from R.D. It was those two guys – Ricardo and R.D. — who were heavily responsible for our being recognized as best newscast in New England. Incidentally, R.D. went to Boston and became a well-known anchor. Ricardo eventually went to Miami and became an outstanding Spanish language radio and TV reporter who was well respected in that market.

Finally, so many of my colleagues became my mentors, but I’ll just point out one — then news director Mike Goldrick. I was general manager of the NBC Rochester station in New York and hired Mike as news director. Mike taught me so much about how to succeed in TV journalism through managing people and being really strong in leading people at the station. He could have become a station general manager, but he was passionate about staying in journalism. For a number of years and today, Mike is news director at the NBC-owned station in Washington, DC, and I will never forget the many ways he has guided me as my unofficial mentor.

I’m sure that in my decades in the business, there were even more informal mentors, and I appreciate all those who helped me do well in this business.

(Editor’s Note: Arnold Klinsky was inducted into the New York State Broadcasters Association Hall of Fame in 2011, the same year Regis Philbin was inducted. Here is a link to the hall of fame’s description of some of Arnold’s accomplishments that merited this prestigious honor: https://hof.nysbroadcasters.org/2011-inductees/arnold-klinsky/. Other inductees over the years include Walter Cronkite, Charles Osgood, Al Roker, Mike Wallace, Barbara Walters, and our press club board member Phil Beuth, who was named “Broadcaster of the Year” in 1979.)

Defining Moments is a series in SCOOP to give you, our press club members, a forum for writing about highlights from your career. Please share your Defining Moments story for an upcoming edition of SCOOP by emailing your article of 600 to 1,200 words to info@pressclubswfl.org, attention SCOOP Editor Karla Wheeler.

← Defining Moments: I Love the Thrill of the Hunt of Investigative Journalism
Freelance News Journalists →