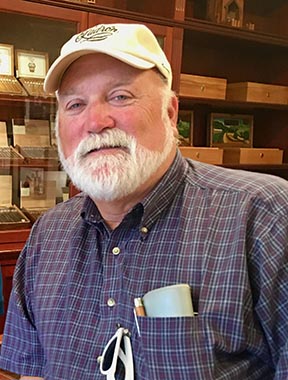 My first defining moment was when I was a junior in high school outside Fredericksburg, Virginia. The only interest I had in journalism at the time was reading The Washington Post every morning. My best friend Keith and I were teammates on the debate team. For some reason our sponsor wanted the sophomore squad to go to the district tournament. We protested, so he set up one final debate before the tournament. We won. They lost. We went.

The morning of the tournament we thought we did well except for one debate against a much larger school. So, we took our time at a local restaurant over lunch with another team, thinking we didn’t make the finals. When we arrived back at the tournament after eating, a boy ran up to us in the parking lot telling us we were late for the finals. We couldn’t believe it and grabbed our files and ran.

At the awards ceremony later that afternoon, we were holding our breath. I won first place for negative team speaker and Keith won second. We looked at each other, suddenly realizing what that meant. They called our names and our team won first place for the tournament, outscoring every other team. We had gone from being told we couldn’t attend the tournament to winning it all.

That experience taught me to believe in my gut. Later, I realized when I became interested in journalism, debate taught me the skills to become an investigative reporter. It honed my story telling and research skills.

As a rookie reporter on my first daily newspaper, I was assigned all the inconsequential stories no one else wanted. I approached my editor about digging into a local taxpayers’ association, which had a great deal of influence in the city. She gave me the go-ahead and I found out the group consisted of four people, and was all smoke and mirrors. My story ran below the fold on the front page. My editor came to me later and said it should have been at the top of the front page. But I was a rookie, and it was my first big story.

This was during the Watergate era, and once you wrote one investigative piece, sources noticed, and tipsters started calling. I was quickly labeled the Geraldo Rivera of the newsroom by the more senior staff. I was the rookie with all the sensational stories. The putdown bothered me, but I continued to work long hours and I loved every minute of it. I love the thrill of the hunt (and still do today).

After about a year on the job (and having other rookies come in behind me and get assigned the insignificant stories), those who had ridiculed me began dropping by my desk and talking shop. It had taken a while to earn their respect. A year later they were dropping by to ask my advice. The kid was no longer Geraldo.

I kept churning out the stories—more than any other reporter at the paper—and started winning awards. One of my sources told me about something strange happening in a warehouse in nearby Stafford County. I went there and knocked on the door. Before a guard slammed it in my face, I read his name tag and got the name of the company.

I walked across the highway to a diner and bought a cup of coffee with my last dollar. Not good planning on my part, but enough to buy coffee back then. I started asking the waitress behind the counter what was going on across the street and she told me trucks would come in at all hours of the day and night and they kept talking about bullets. After weeks of investigation, I uncovered a contractor was scamming the Pentagon, importing substandard bullets from Yugoslavia, marking them as “Made in America,” (per its government contract), and then selling them to the government for the war in El Salvador, where they were constantly misfiring.

The Washington Post picked up my story, and I spent a day with Howie Kurtz (now media reporter for Fox News) and he basically rewrote my story, giving me credit. The contractor later went to jail.

On another story I was researching strange land contracts but couldn’t make sense of what I had. Finally, I stuffed my notes and documents in my desk drawer, telling myself I’d get back to them. A few months later, another reporter, Steve, went to our Managing Editor Robert E. Lee Baker, and told him he got a tip in the middle of the night that a local bank was going down because of some fraudulent land deals. He had some of the principals’ names. Baker told him to talk to me because I’d been looking into suspicious land deals.

The names matched and Steve had the key that explained my investigation and enabled us to crack the case in 15 minutes. Two days later we ran an expose on the bank, and many more followed. The bank president went to prison.

The stories kept coming. I wrote about the captain of the police department covering up the killing of a Black man by a white cop. The cop got off, but the captain was fired. I wrote about a sleazy developer, slum quality public housing with feces and urine running down the walls, a police sting operation that had gone bad, and Donald Trump breaking campaign donation laws (he later asked for his money back to make it right). There were just so many stories. I pinched myself thinking they’re paying me to do this.

And while getting to the bottom of the story has always given me a big thrill, I still remember my first debate tournament victory in high school. It not only taught me the skills I needed to be a reporter, but also gave me the confidence not to be intimidated by what others did or thought.

I later became a magazine editor and began two magazines from scratch. Believe me, it’s a lot more fun using other people’s money. 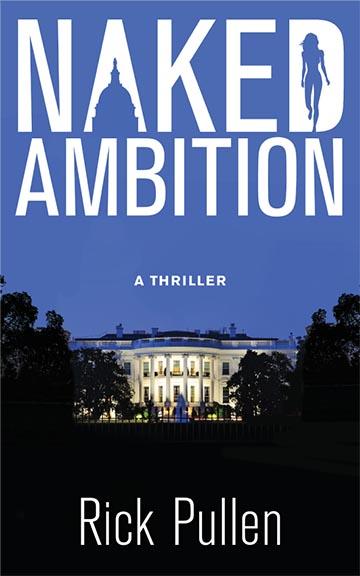 My first novel was an Amazon bestseller, hitting number one in thrillers

Today, I write thriller novels. My first, Naked Ambition, was an Amazon bestseller, hitting number one in thrillers and number 78 overall on Amazon. My agent is currently shopping my fourth novel, Silent Partner, with New York publishers.

I’m also a regular columnist for CrimeReads.com. I write about how famous authors got their first novel published. I’ll publish this as an anthology at some point. And I write profiles of famous thriller authors for The Big Thrill magazine.

Finally, I write an occasional column for my local Virginia newspaper, The Free Lance-Star, where I started my daily journalism career rooting out local fraud and government mischief. This allows me to continue to hold the bastards’ feet to the fire—and I’m loving every minute of it.

(Editor’s Note: Defining Moments is a series in SCOOP to give you, our press club members, a forum for writing about highlights from your career. Please share your Defining Moments story for an upcoming edition of SCOOP by emailing your article of 600 to 1,200 words to info@pressclubswfl.org, attention SCOOP Editor Karla Wheeler.)

← Join Us Dec. 2 for a Luncheon to Celebrate Our 25th Anniversary
Defining Moments: Informal Mentors Guided My Decades of Success in Broadcasting →