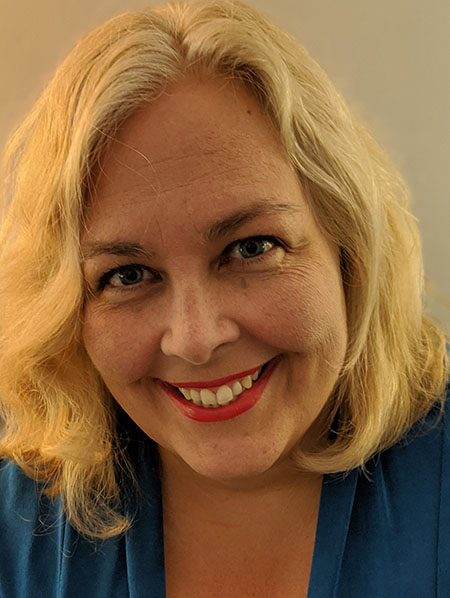 I grew up in Phil’s newsroom, the one on Central Avenue in Naples with dirty carpet and back copies of papers stacked so high on reporters’ desks they were once deemed a fire hazard. Strolling through the Naples Daily News newsroom, the Executive Editor Phil Lewis commanded respect with both his size and reputation. The reporters I worked with called him the “Tall Blond.”

He earned respect because of his passion for journalism. The corner office never insulated him. Phil was always a reporter first, hungry for his staff to get the next scoop.

In my years working with Phil, he was always calm and cool. This is unusual given that newsrooms are pressure cookers full of cuss words and egos and turf wars.

But despite the cool demeanor, those who had worked with Phil for years could read the worry on his face. “He’s stressed,” reporter Denise Zoldan would say.

Many times, my reporting caused the worry. Over the 10 years I worked for Phil, a parade of people marched through the upstairs newsroom to pitch Phil on why he should fire me. The joke in the newsroom that hit too close to home was that Phil used to have friends before Gina started reporting on Stadium Naples.

Years later I received accolades and journalism awards for the Stadium Naples coverage. But it was Phil’s courage and his steadfast support that allowed these stories to make it into print and stir the public’s conscience.

Stadium Naples was the $100 million golf stadium brainchild of ESPN founder Bill Rasmussen. The public corruption scandal eventually resulted in a massive racketeering case brought by a special prosecutor and the arrests of three Collier County commissioners, the former county manager and six private developer partners, including their attorney and Rasmussen. A Naples brokerage firm partnering with Rasmussen on a second Stadium Naples deal operated a mob-connected boiler room accused of orchestrating a $100 million pump-and-dump stock manipulation scheme. Stadium Naples financier David Mobley confessed to operating a Ponzi scheme through his Maricopa hedge fund that bilked investors out of $120 million.

The Stadium Naples stories got rolling just before Phil was promoted from managing editor to executive editor. I was 25 at the time, working the county government beat, and had been at the paper less than a year.

One day, while I was covering the county commission meeting, then County Commission Chairman John Norris pointed at me sitting in the back of the chamber and announced that I was lying and continuing to report facts I knew weren’t true. Norris had been publicly fighting with Clerk of Courts Dwight Brock over tourist tax money that had gone to support the Senior PGA golf tournament.

Phil had seen it all go down on TV, and when I got back to the newsroom, he asked me if I knew what Norris was talking about. I didn’t. Phil dashed off a letter to Norris and asked him to specify what facts he was referring to, noting that the paper would eagerly correct errors of fact.

Norris responded that I had wrongly reported that public dollars went to the foundation created and controlled by Rasmussen, and Phil asked me on what I’d based the reporting. I showed him copies of the county government checks to the foundation that tracked the public money and contradicted Norris’ claims.

I learned the most important lesson of my reporting career that day from Phil.

His job as editor was to trust but verify. My job as a reporter was to carefully document everything and keep organized. That lesson ultimately saved our jobs — and careers — when, seven years later, Rasmussen filed a retaliatory libel suit against the Naples Daily News, seeking $10 million.

By then, I had made it a habit to keep everything. I had amassed tens of thousands of documents — at least 20 banker boxes of public records, court documents, law enforcement reports, Securities and Exchange Commission filings, private documents, and interview notes. The documents allowed our attorneys from Baker and Hostetler to crush the case on summary judgment at the earliest possible stage when the trial court ruled there were no issues of fact in dispute. The judge’s ruling was upheld by the Second District Court of Appeals. At the time, only five out of 45 summary judgment cases had been upheld on appeal in the Second DCA. We won and the case was finally over in 2006.

The story began in 1997 with no feat of investigative reporting: Late afternoon on a Friday, we got a faxed press release that casually disclosed that Norris was a partner in the Stadium Naples deal. Eric Staats and I broke the first story the next day. A few weeks later, I obtained a confidential business memo that showed that County Commissioner Norris knew he would receive a no-money-down 12.5 percent limited partnership stake in the $100 million Stadium Naples development months before he cast key votes to give Rasmussen’s foundation hundreds of thousands in public money to support the senior PGA golf tournament that was to be a marquee event for the stadium. Norris also had voted to waive audits of the public money, after the fact.

Norris and his partners had been careful to legally form the partnerships after Norris had cast the key votes. But the memo was evidence that the terms of what Norris would get in the deal had been ironed out months before his votes.

We had the smoking gun.

The public outcry in the Letters to the Editor came immediately. I continued to dig up facts. Editorial Page Editor Jeff Lytle hammered the ethical issues on the editorial pages. Opinion columnist Brent Batten raised questions and followed up on his own earlier reporting about gifts and free golf given to the commissioners.

Early on, there was heavy community pressure on Phil and Publisher Corbin Wyant to back off on the Stadium Naples stories. They wouldn’t. Both insulated me as much as possible from the high stress of that pressure. Alan Horton, the head of the E.W. Scripps Newspaper Division, encouraged me to keep digging with hand-written notes he sent me from the corporate headquarters.

They had my back. Phil had set the standard that he would trust, but verify.

Just tell the readers what you know, Phil would say. And that meant what I could prove and document.

The above is an excerpt from a longer personal memoir that Edwards wrote that appeared on watchdogcity.com, a journalism website she founded. You can read the full piece here. Inside Phil’s Newsroom: Personal Memories – Watchdog City