I feel each one of us possesses a God-given talent. I believe God gifted me with the ability to effectively communicate and encourage.

From the time I was a youngster, I was in love with the radio-TV industry. From my “pretend” radio station at home to begging my parents to take me to live Cleveland television programs and local radio station remote broadcasts where I would stay for hours on end, I could never get enough. 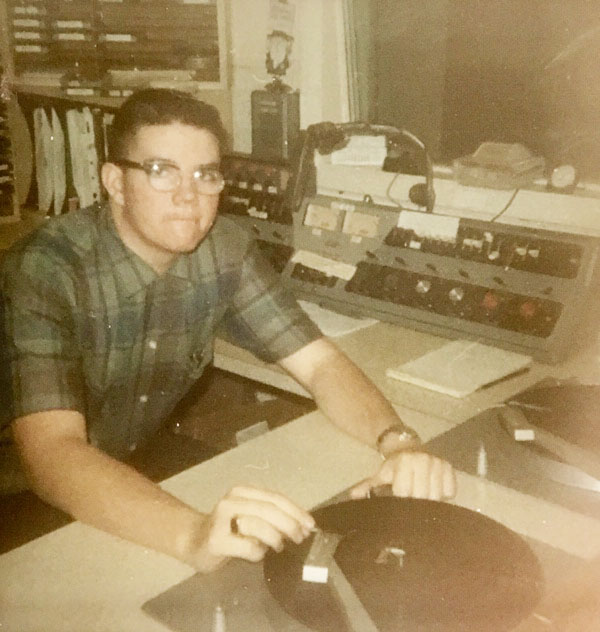 Eventually, the local radio station general manager in my hometown of Massillon, Ohio, hired me. I made $1.50 an hour at the age of 15 to do anything and everything. Run the Sunday religious and public affairs shows, change the teletype ribbon, play music, write and read the news, host the Saturday “Trade-E-O” radio program, host the high school coaches’ shows, and on and on.

What wonderful days indeed! It was in those “formative” years that I decided I wanted to be a broadcast journalist. I loved being the first to know what was going on in my city. I subscribe to the theory that people care more about the garage fire down the street than Congressional debate on… well… anything. So starting by covering my hometown news beat (city hall, police station, courthouse), I launched my broadcast news career. I also helped launch our high school TV station on the city cable TV system. The only one of its kind in the country!

Next stop, Ohio’s capital city at the NBC-TV affiliate. Beat reporting, backup anchoring and news producing. It was then I decided larger markets weren’t for me – I was in love with the city of Columbus. I stayed in Columbus until moving to Estero in 2016.

Rather than producing late-night TV newscasts and working in TV management, I left the business (more or less) for state government PR. In fact, my best job EVER was being press secretary to the Ohio governor. I also worked in the 96th Congress in Washington for a Columbus Congressman. Then, in the private sector in government relations for Nationwide, as a VP for a Columbus PR firm, and in sports marketing. 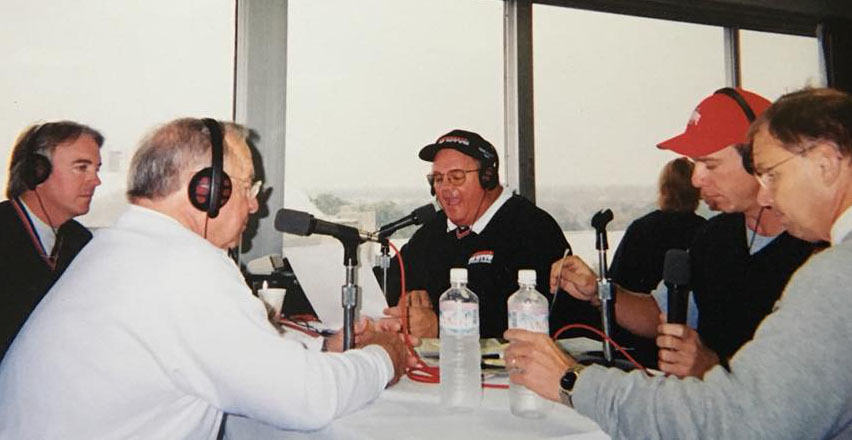 I kept one foot in “the business.” I hosted a nationwide cable TV sports quiz show and worked weekend news at a Columbus FM station. I also started concentrating on sports since Ohio State football reigns supreme. I attended coaches’ luncheons and news conferences, and before you know it, I was lured to the top-ranked AM station in the market to do “some” news but mostly sports, including hosting scoreboard shows on Saturday, ultimately being named Sports Director.

I spent 23 years there. AM and PM drive sportscasts, remote pregame and postgame football shows, football and basketball talk shows, daily sports talk shows, covering The Masters for 13 years, other major golf tournaments, the NFL Draft, and more. My sports reporting was like any other reporting. I wanted to “break the story,” be first with the latest news. The radio station had a huge listenership throughout Ohio and the Midwest. The station won awards each year for best sports reporting, best documentary, best sports operation in Ohio, best writing, best use of sound, and best sports operation in the Midwest. I was elected to the Ohio Broadcasters Hall of Fame in 2006.

Even after moving to Florida, I spent several years flying back to Columbus to co-host a football video podcast from a popular Columbus sports bar along with a former OSU head football coach. I still host a sports-themed audio podcast during football season with my son called “Like Father, Like Son.”

I love trying new things. I’ve sold animal health pharmaceuticals in a 10 state region of the Midwest. Currently, I work part time for the Lee County Sheriff’s office in court operations. I’m also the Staff Officer for Public Affairs for the U.S. Coast Guard Auxiliary Flotilla 96 at Wiggins Pass. I love serving on the Board of Governors of the Press Club of Southwest Florida.

I’ve had so many rich and memorable experiences. I am truly blessed God granted me the ability to communicate and encourage others.