Monthly luncheons held for Press Club of Southwest Florida members during the October to April season typically include guest speakers from the business or entertainment world.

The luncheon held at the Hilton in Naples on Oct. 23 was a little different of a presentation. 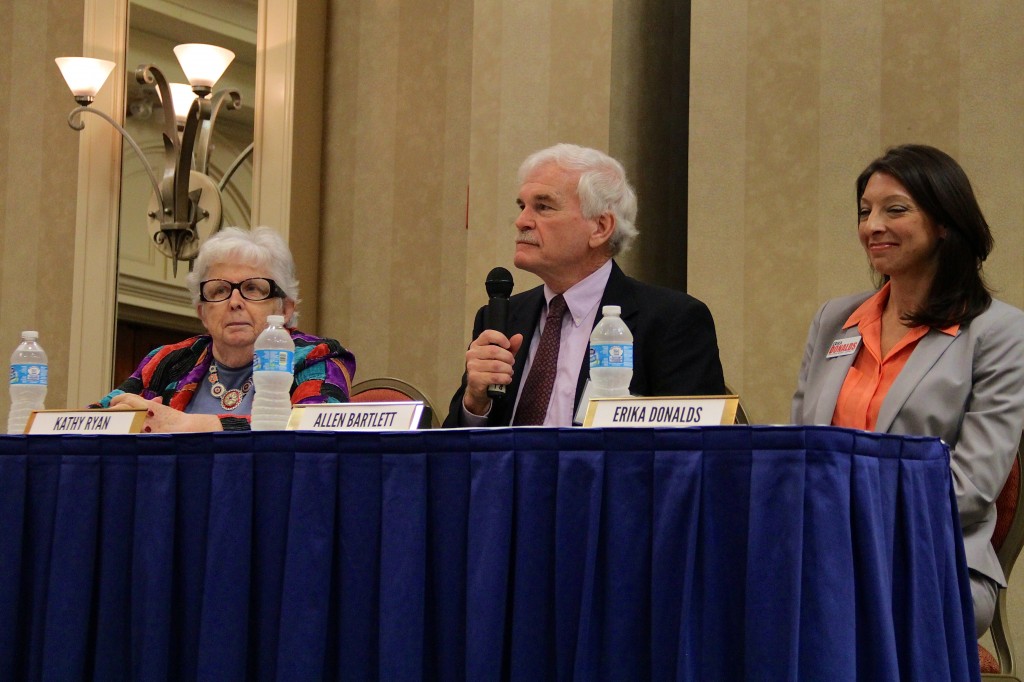 Questions submitted by audience members included topics like the STEM program, Common Core, standardized testing, and some more personal questions about balancing their time while on the school board.

Perhaps the most charged responses came from questions about charter schools as well as a question about the federal government’s involvement in county schools.

Donalds, a mother of three, has a child in a Collier County charter school.

“My son was in public schools trying to fit a square peg into a round hole,” Donalds said. “We made the decision to try charter schools and it was a godsend.”

Ryan spoke on the importance of the funding of Title 1 schools and the federal government’s positive role in local schools.

“The only control that (the federal government) has is they tell us to spend the money on Title 1 schools,” Ryan said.

Ryan said that spending money on teachers and tutors at these schools is important in low-income areas in Naples and argued for the presence of federal government.

Donalds argued that the federal government and states have too much control.

“They (federal and state governments) are too far away from Collier County,” Donalds said. “They should not have any say in our schools. Collier County is not Tallahassee or Dade County. We know what’s best for our students.”

Before closing statements were made, Bartlett surprised the candidates by asking each of them to ask each other a question.

Donalds asked Ryan to share anything personal that doesn’t have to do with the campaign trail. Ryan spoke about her time in the local schools and how much volunteer work she does.

“I will give that up to work for the students in the school district,” Ryan said.

Ryan asked Donalds how she would find the time to do everything she already has to do plus be a school board member.

“This will be my primary focus outside of my career and my family,” Donalds said. “We need to diversify the board with professionals that have other interests as well.”

The forum concluded with closing statements from the candidates, their last of the campaign trail. Early voting began on Oct. 23 in Collier County.