NPC member Phil Beuth spent his entire broadcasting career with one company. As the first employee of a fledgling media startup in 1955, Beuth worked his way up over a 40-year span, as Capital Cities grew to become one of America’s most influential and successful media companies.

A Dickensian rags-to-riches tale of a disadvantaged boy, born with cerebral palsy who, through luck, pluck, strength of character, skill, persistence and loyalty, rose to become a top executive at one of America’s most respected and successful media companies, Capital Cities Communications; “The minnow that swallowed the whale.”

Beuth was born in a blue-collar neighborhood of Staten Island to parents of English and German stock in 1932. To state that his origins were humble is like saying the Yankees know a thing or two about baseball. The young struggling family was crushed by the tragic death of Phil’s father when Phil was four years old, causing his mother to park her young, physically impaired son with her step-father, an embittered, war-wounded veteran (of the Spanish-American War), who ran a ramshackle “Sanford and Son” junk business out of his backyard.

What propelled this boy to raise himself by his orthopedic bootstraps to become a respected and honored leader in his field, a member of two Broadcasting Halls of Fame, head of Good Morning America and a Division President of ABC? 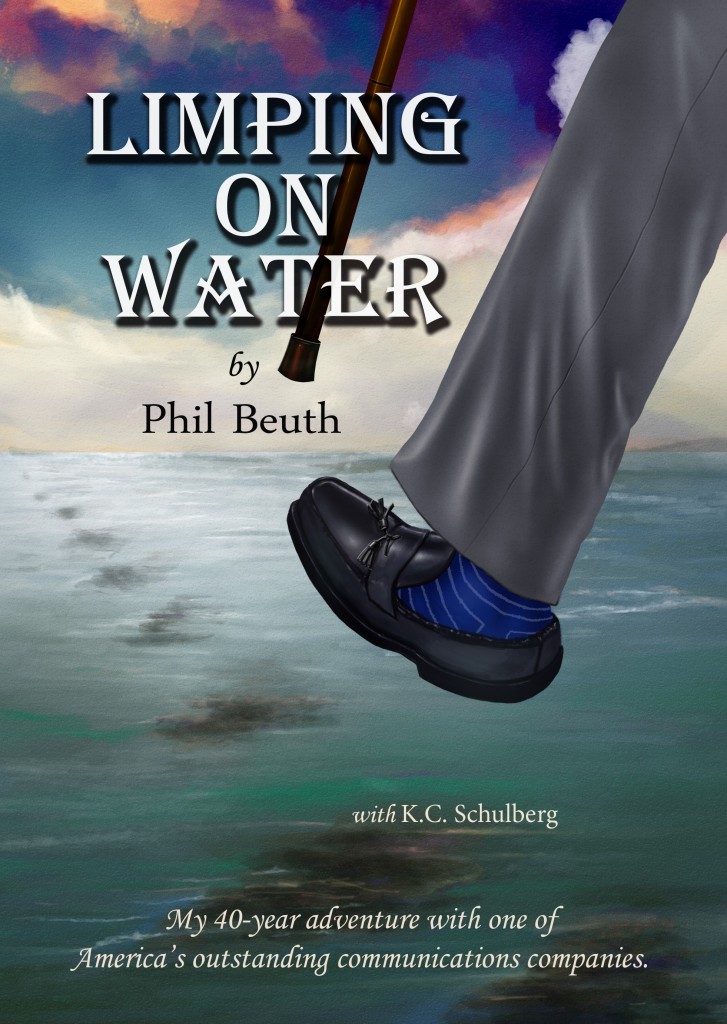 More than simple recollections of a career at a celebrated company and the famous people encountered along his path, Beuth’s story is a keen insider’s chronicle of that “Mad Men” golden era of television; a time when broadcasting as we know it came into being. It is also a powerful lesson in forging a career that is ethical and prosperous; “doing well and doing good.”

Beuth was assisted on LIMPING ON WATER by NPC member KC Schulberg.

“Cap Cities will forever represent the gold standard for ethical corporate behavior accompanied by incredible financial performance. Tom Murphy and Dan Burke were the architects of these two achievements. Phil Beuth gives you a ringside seat to view this remarkable story.” WARREN BUFFET

“The story of how this man, Phil Beuth, was the first to be hired by Tom Murphy and Dan Burke for this Capital Cities company. Together they made the best shows ever on TV. Great man – great shows; and I miss them all.” REGIS PHILBIN

“Smart words from an inspiring leader and legendary broadcaster who left an enduring impression on those, like me, fortunate enough to know him. This book is a primer on how to play by the rules and win!” JOE REILLY (President, NYS Broadcasters Association, 1980-2011)

Purchase online at Amazon.com or use this link: http://amzn.to/22oUvuP

Beuth will be signing and selling LIMPING ON WATER at the January NPC luncheon. Cost to NPC members at the luncheon is $20 per copy. Net proceeds from the book go to Beuth’s favorite charities.

← NPC Luncheon: Random Thoughts from Brent Batten
Your Board in Action →

2 comments for “Phil Beuth’s new memoir: LIMPING ON WATER — My 40-year adventure with one of America’s outstanding communications companies”