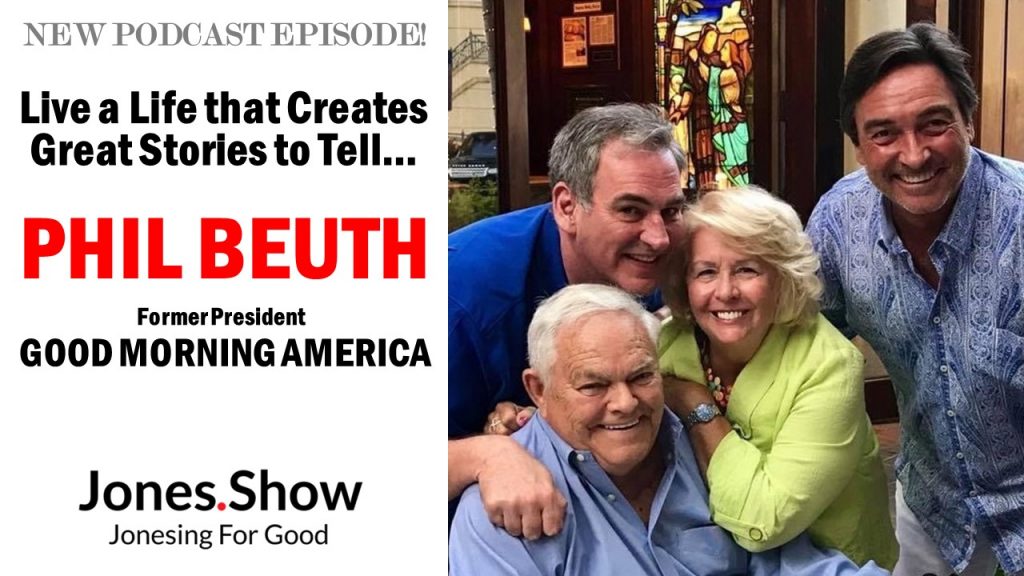 Well, I’m not surprised. While on furlough in spring, I read Phil’s book, “Walking on Water.” Yes, Phil loves to tell stories—about his upbringing, his family and his enormous network of friends. Not just friends. Good, close, lifelong friends who happened to be big names in the broadcast and entertainment industries.

In the podcast, Randy leads Phil on a journey through his broadcasting career, which started in 1955. Over 40 years, Capital Cities grew to become one of America’s most influential and successful media companies, eventually becoming ABC, where Phil became head of “Good Morning America” and a Division President of ABC. Phil has received many awards and accolades, including becoming a member of two Broadcasting Halls of Fame.

The Press Club is indebted to Phil not only for his many years of service on the board, but also for his leadership in developing a journalism scholarship program and his ongoing financial support to provide matching funds for donations to the scholarship fund.

SMART LINK to the podcast: https://link.chtbl.com/PhilBeuth

← Postponed: Special Program with Steve Scully to be Rescheduled after the Election
Suzi Weinert’s Latest Mystery Novel Hot Off the Press →