Journalist Delia D’Ambra, a member of the Board of Governors for the Press Club of Southwest Florida, was named one of Rolling Stone’s Top 10 Podcast Creators of 2021 with her show CounterClock.

CounterClock is an investigative true crime limited series produced and hosted by D’Ambra who works for audiochuck podcast network.  Audiochuck is an Indianapolis-based media company focused on bringing fans edge-of-your-seat storytelling that speaks to the latest generation of podcast listeners. Since December 2017, audiochuck has been creating and producing compelling content that leaves listeners craving more. With Delia’s help, the network has produced multiple shows that have premiered at #1, racking up hundreds of millions of downloads a year. Audiochuck is also passionate about using its platform to make a positive difference in people’s lives by using the company’s time, money, and resources to advocate for victims and families.

CounterClock released a 20-episode Season 3: “The Pelley Family Massacre” in April of 2021 to widespread national and international success, netting more than 40 million downloads to date. 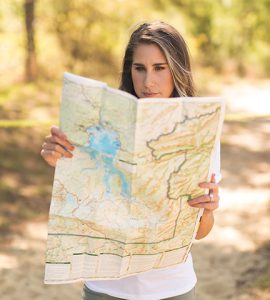 Here’s what Rolling Stone wrote: “In bingeable 20-minute episodes, this 20-part series from audiochuck covers the brutal 1989 shooting murder of four members of the Pelley family in their home near South Bend, Indiana. Broadcast journalist turned investigative podcaster Delia D’Ambra takes a procedural approach to the story: she interviews law enforcement but doesn’t take their word for it. Instead, she pores over case files herself, listens to suspect interviews, and drives around the neighborhood where it happened, recreating witness timelines from 30 years ago. More than once, she turns up clues detectives overlooked and calls out bungled operations that may have compromised evidence. The product of a year-long investigation, the podcast calls into question the conviction of the family’s 17-year-old son for the cold-blooded killings of his parents and siblings.”

The CounterClock franchise as a whole has more than 60 million downloads since the release of Season 1: “The Denise Johnson Murder” in 2019.

Delia is a former television news general assignment and investigative reporter who worked for NBC news affiliates from 2014 until 2020 before going into podcasting full-time.

She is the host of CounterClock podcast, Park Predators podcast and Dark Arenas podcast. She is also the executive producer behind other successful podcasts Strangeland, Armored, and Solvable by audiochuck.

Delia resides in Southwest Florida and travels frequently on-assignment for her shows. You can read more about her career by clicking here to read her “Defining Moments” article published in SCOOP earlier this year.