The Press Club of Southwest Florida recently hosted a luncheon at Seasons 52 to celebrate the club’s 25th anniversary and conduct its annual meeting.

President Julie Pedretti welcomed everyone and explained the club was founded by Terry Miller in 1996 after he and his wife Rhona Saunders moved to Naples from Washington, D.C.  During their years in the nation’s capital, they were active in the National Press Club, which served as a model for the Naples Press Club.

Two years ago, the club changed its name to the Press Club of Southwest Florida to recognize its growth and broader geographic reach, with 120 dues-paying members from Collier and Lee counties.

Julie invited the club’s founding members and past presidents who were in attendance to join her at the podium for a group photo. 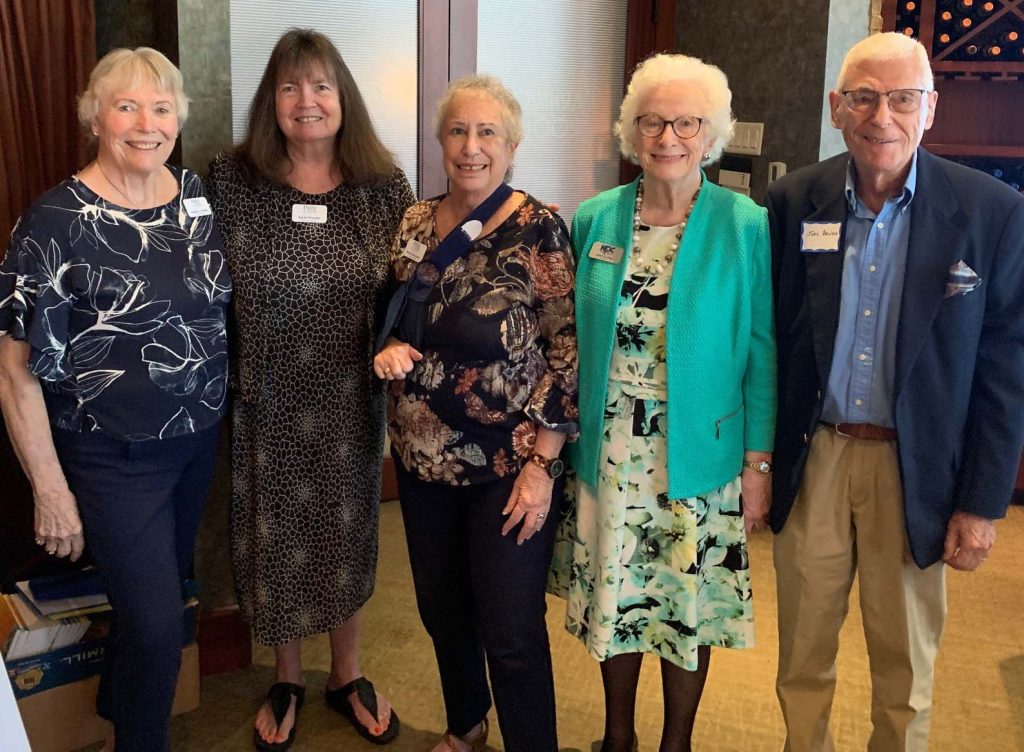 Julie then called the 2021 annual meeting to order, and members voted to approve the following slate of nominees for officer positions on the Board of Governors for 2022: Julie Pedretti, continuing as President; Bob Orr, continuing as Vice President—Administration; Tom Marquardt, Secretary; and Iris Shur, continuing as Treasurer. 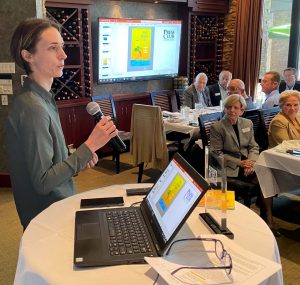 Phil Beuth Honored with the Scholarship Service and Philanthropy Award 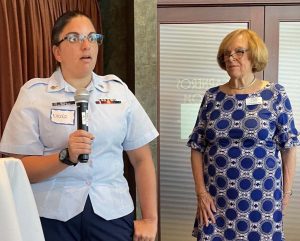 Now the Public Affairs Specialist with the Coast Guard based in Miami, Nicole thanked the press club and Phil Beuth for easing the financial burden of college through her journalism scholarship.

Connie then played a video honoring Phil Beuth, which featured heartfelt quotes of gratitude from numerous past and present scholarship students. The video, which you can view on YouTube by clicking here, was compiled by former scholarship student Oscar Santiago Torres, who is the digital content producer for the Naples Daily News and other USA TODAY newspapers. 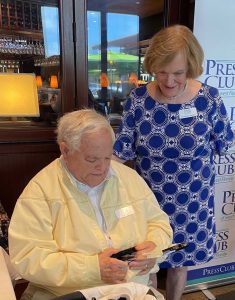 As Connie presented the award plaque to Phil, she noted that 46 journalism students have been awarded scholarships since Phil got involved, thanks in great part to Phil’s generous donations. Of those 46, 37 received the $1,000 renewable Terrence J. Miller Memorial Scholarship, and nine received the Press Club Endowed FGCU Journalism Scholarship.

As he was handed the plaque, Phil asked why the club was giving him an award. He explained that he and his wife Mary have been blessed financially and they love to “share.” Sharing with the press club to help future journalists comes naturally to them, he humbly told the crowd to a standing ovation.

Founding Member Karla Wheeler reflected back to 2005 when the club published a book of 100 Collier County children’s writings called “My Florida Life.” The project was undertaken in memory of the club’s founder Terry Miller, who was passionate about encouraging young people to write. In researching if any of the 100 young authors from 2005 went on to pursue journalism or other writing careers, the club found that at least 10 had done so.

Karla introduced one such student author, Taylor Bates, who majored in journalism and telecommunications and is now the writer/editor/videographer for Arthrex in Naples. Taylor read the poem she wrote when she was 11 and thanked the club for playing a role in career path by publishing her work at such a young age. Karla played a video of another young author thanking the club. Zachary Halaschak, who was eight when the club published his poem, is now the economics reporter for the Washington Examiner and is active in the National Press Club.

Karla then announced that as a 25th anniversary gift, each attendee would be given a copy of “My Florida Life” as they left the venue. 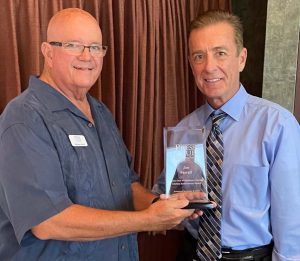 Board member George Lehner then presented the Lifetime Achievement Award to Jim Farrell, a legendary member of the WINK News team for 29 years who retired earlier this year as chief meteorologist. George explained that the club had honored Jim several months ago in a Zoom Roundtable but wanted to be able to present the plaque in person. To view the Roundtable Tribute to Jim Farrell, click here.

While expressing his gratitude for being honored by the press club, Jim mentioned he is often asked how he spends his time now that he’s retired. His answer? He is the father of six children, with the youngest just a toddler. Congratulations on your award, Jim!