This Roundtable discussion was centered around the controversial topic of gun control, featuring two guests: Fred Guttenberg and Luis Valdes.

Guttenberg is a gun safety advocate whose 14-year-old daughter was one of the victims of the Marjory Stoneman Douglas High School shooting in February of 2018. Valdes is a former police officer who is now the Florida State Director for Gun Owners of America, an organization that strongly believes in an unrestricted Second Amendment. 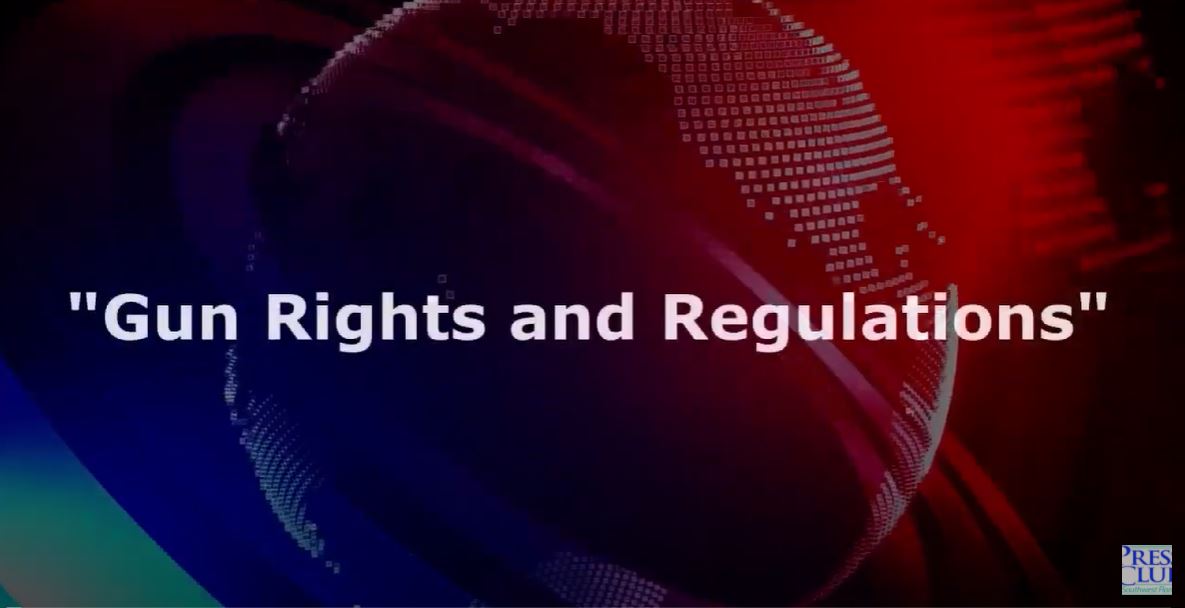 The episode begins with a discussion about the future of gun control with Guttenberg, who is optimistic that the country will see more gun restriction laws by the end of this year. In regard to school safety, Guttenberg expresses that having teachers armed with guns is not the answer to preventing school shootings. Rather, he believes schools should have security personnel paying attention to who is entering the building and schools should focus on updating camera technology.

The last half of this Roundtable features a discussion with Valdes, who shares his beliefs about why the ability for Americans to own guns is an essential right. Valdes says that since national polls can be skewed and manipulated, he isn’t worried about the statistics that Americans are increasingly showing more support for gun restrictions, especially since gun sales have been on the rise in the past year. He explains that banning weapons will only affect the law-abiding citizens, and that gun violence will still occur despite higher restrictions.

You can view the Roundtable here: YouTube.  Please be sure to share the link with colleagues and friends.

Samantha Roesler is a senior at Florida Gulf Coast University, majoring in both journalism and legal studies. She is currently the Executive Editor of Eagle Media, where she oversees FGCU’s student-run media group. Her passion is writing stories focused on Southwest Florida’s delicate environment, having covered a range of topics from Everglades restoration to cane toad invasions.

← Focus on Guns: Join Us for the Two-Part Taping of the Next Roundtable
Eight Editions of Roundtable Produced: We Need Your Involvement in Future Segments →