In introducing this article to our SCOOP readers, Bob Orr, VP-Administration of the Press Club of Southwest Florida, writes, “As we sort through our election results it is fair to ask what comes next for our badly divided nation. Opinion columnist Mitch Albom suggests each of us has a role to play if we are to repair the damage inflicted by bitter partisanship. And, as Americans struggle to find a way forward, Albom argues news organizations need to take a hard look at themselves.” 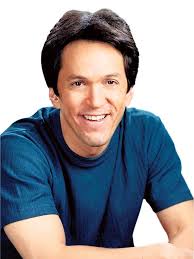 My editors asked if I planned to write about the election, and I said yes. Perhaps they hoped I would pen something about the need to vote, a topic I’ve tackled before. But that seems unnecessary. Look at how many people have already voted. We all know the stakes in 2020. At this point, another column on why you should vote would be like bringing an extra trumpet to the walls of Jericho.

To be honest, I am less concerned with what we do Tuesday than what we do Wednesday, Thursday, and every day thereafter. My biggest fear isn’t who sits in the Oval Office come January; if the rest of us keep conducting ourselves the way we have been the last six months, it won’t make a difference.

We have all been behaving badly. I don’t mean every single American citizen, but I do mean wide swaths of us, in all states and in all walks of public life, politics, media, businesses, entertainment. We dog each other. We point fingers. We fight over candidates, judges, medical experts, masks. Almost always these days, exaggeration is chosen over understatement. Anger over calm. Mean over kind.

We have more than taken sides in America. We have tunneled moats. In the name of “our way” we have demeaned, denigrated, destroyed. We’ve lost friends, alienated families, split our communities by lawn signs. We have hurt one another, emotionally and even sometimes physically. Yet far from looking at our guilty hands in regret, we continue to make fists and shake them across the great divide.

Is this who we want to be?

Let me start in my own backyard. The media. I used to be so proud of this business. I would defend it to any critic. I’d point to the need for an independent press as the only thing standing between big power and big money running rampant over the citizenry.

Now it seems we are running alongside them. Read more here.