Congratulations to our former scholarship student Nicole Groll, whose professional work recently earned coverage by the Associated Press (AP). Nicole joined the Coast Guard after graduating from USF and is now handling communications for her Boston Coast Guard station. Here is the AP story:

The voluntary i911 program lets the Coast Guard access mariners’ cellphone locations to help rescue crews find them faster. The software is a free service for all first responders, including the Coast Guard.

“It greatly decreases the time we spend looking for someone and gets the rescue crews out faster,” said Chief Petty Officer Andrew Case from the Coast Guard center in Woods Hole, Massachusetts.

The Coast Guard center in the Northeast was the first to test the system last year and it expanded on March 20 to the rest of the service. 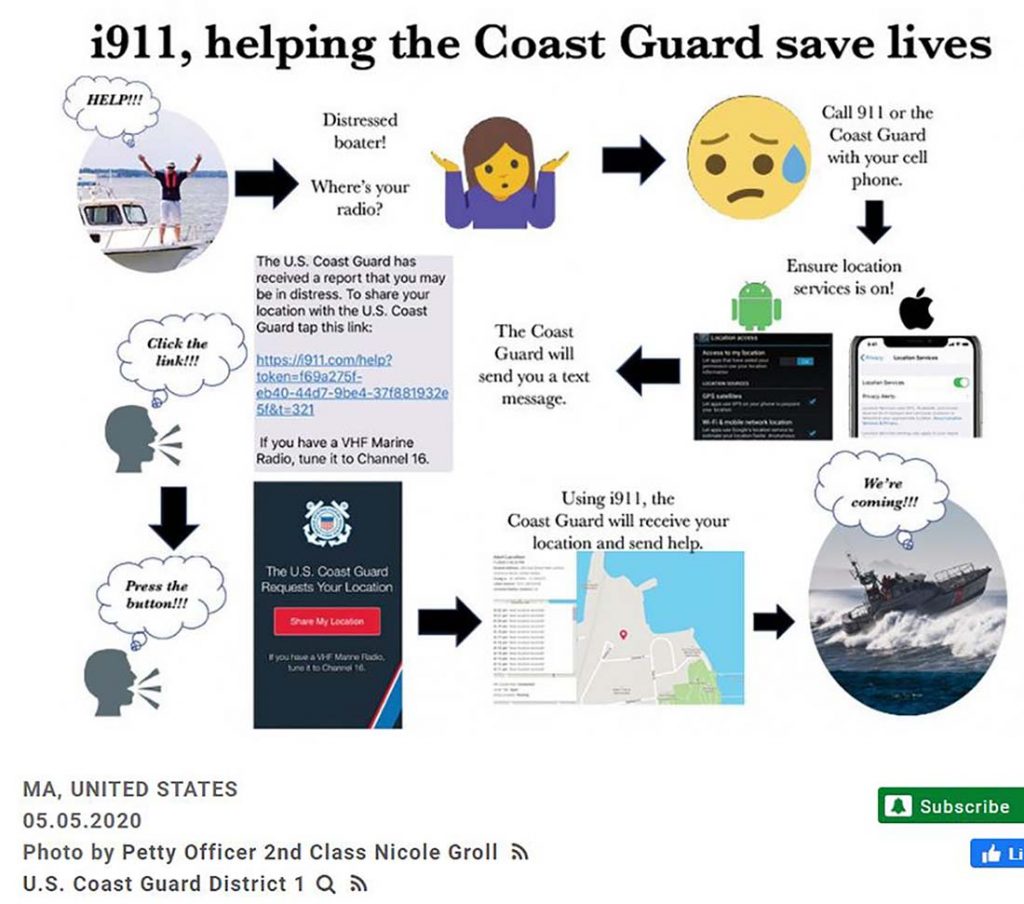 The i911 program requires someone who’s in need of help to provide a phone number, said Coast Guard Petty Officer Nicole Groll. Then the mariner — whether a kayaker or commercial fishermen — receives a text message to authorize sharing the phone’s GPS location services with the Coast Guard. Once that step is completed, the Coast Guard can access detailed information to narrow a search.

“Now we know where you are and we can send our rescue services directly to you,” Groll said from Boston.

The system doesn’t take the place of a VHF radio, which remains the best way of communicating in an emergency, she said. The system only works if mariners have enabled the location services on their phones, the Coast Guard said.

Depending on the cellphone service, i911 can determine locations of distressed mariners from up to 15 to 20 nautical miles (28 to 37 kilometers) offshore.

During the pilot period, more than 38,000 search and rescues across the contiguous United States were analyzed, and 89% took place within 20 nautical miles of shore.

Here is a link to a video Nicole created about the i911 program.