The following was published in Florida Weekly January 23, 2020 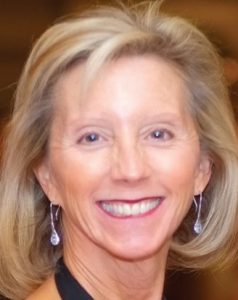 In 1996, the year the Naples Press Club was founded, there were only three major broadcast news networks. Morning newspapers were delivered to our doorstep, a few magazines covered international news, and the internet was still in its infancy.

Twenty-four years later, digital media have become a dominant force in our lives. We are bombarded by social media that has — among other things — galvanized partisan movements around the world. Consolidation in the media industry has institutionalized the news. Rhetoric has become polarized and politicized, contributing to the rise of identity politics at the expense of a unified polity working toward common goals.

All of these forces have led to information overload, and sadly, the rise of disinformation, misinformation and sometimes, mal-information. Even worse, some highly partisan politicians seek to leverage this misinformation for political gain.

In this atmosphere of confusion and competition for our attention, how can citizens recognize and trust that what they are seeing and reading in the news is factual? One way is to turn to organizations that advocate transparency and truth in journalism.

The Naples Press Club, now known as the Press Club of Southwest Florida, was built on a foundation of truth, facts, and mutual trust. We adhere to those same principles today. A diverse organization of more than 150 media and communications professionals, we advocate for quality journalism, and defend both the First Amendment and the public’s right to know.

We advocate honest, accurate, fair, timely, and civil discourse in all journalistic endeavors. By providing platforms for prominent journalists and community leaders, we encourage robust debate of public issues.

We endorse and monitor sunshine laws that provide a check and balance on government functions. When federal, state, and local government officials convened a closed meeting in Naples last year to address the impact of red tide on Southwest Florida businesses and residents, the Press Club of Southwest Florida joined other community leaders in adopting a resolution calling for an open forum. Officials proceeded with the closed meeting, but added a second forum that was open to the press and the public. Advocating for government transparency helps the public become informed and make rational decisions on critical issues that directly affect our community.

To promote fact-based reporting, we also encourage training the journalists of tomorrow to see the world through the unfiltered lens of truth. We support young journalists through scholarships, internships, and mentoring. Since the creation of our Scholarship Fund in 2001, we have awarded nearly $100,000 in scholarships to Southwest Florida area college students majoring in journalism and communications.

Through all of these activities, the Press Club of Southwest Florida helps citizens cut through the clutter of information, identify the facts, assess accurate coverage, make thoughtful decisions, and build trust in reliable news sources by holding government and other officials accountable. And only through ensuring complete transparency and truth in journalism can we become informed citizens, the hallmark of a democratic nation.

To learn more about the Press Club of Southwest Florida, visit www.pressclubswfl.org.

ABOUT THE AUTHOR: Julie Pedretti is president of the Press Club of Southwest Florida. She is also an executive with a national children’s hospital and active in the community, serving on the boards of several local not-for-profit organizations. Contact her by emailing info@pressclubswfl.org.