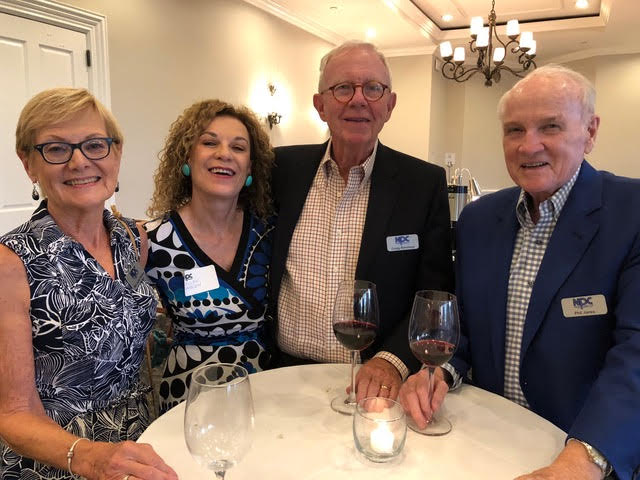 Nearly 60 attended the atypical evening program. Adam was introduced by Press Club of Southwest Florida Treasurer Iris Shur, who had extended an invitation to Adam last fall to speak to our group. Adam’s presentation focused primarily on his book, Wild Ride: Inside Uber’s Quest for World Domination. 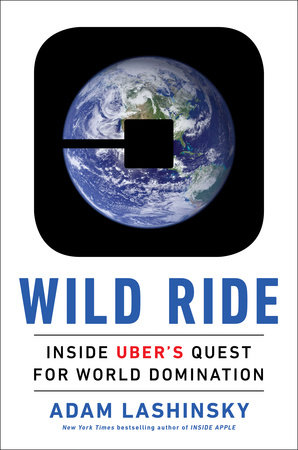 After Adam’s presentation, NPC Board Member Cary Barbor joined him for a Q & A. She asked Adam if he had advice for those thinking about journalism as a career. He said, “It’s pretty bad. The good news is that professional journalists are still considered providers of trusted news. On the other hand, journalists don’t make a lot of money. Regardless, it is still an exciting time to be in journalism.” 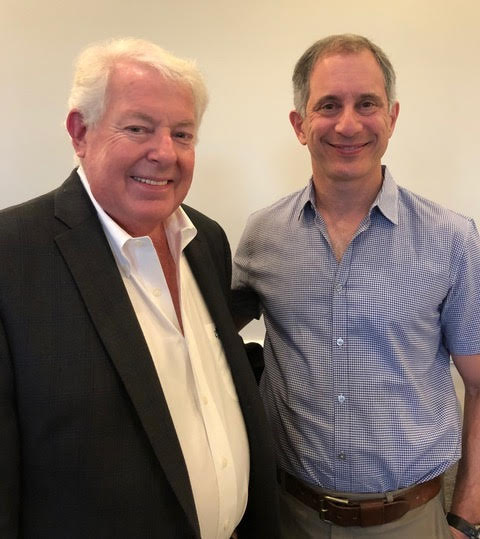 When asked about the Davos World Economic Summit in 2017, he reported that it was a “circus.” There was a huge buildup to the speech by President Trump, a professed experienced businessman, he says. But according to Adam, “The speech was a dud. [Trump] was incredibly prudent and really didn’t have anything to say. It was a boring, measured speech.”

In answer to a question about the profitability of being an Uber driver, Adam said that they make very little money, after gas and wear and tear on their vehicles. In doing research for his book, Adam worked as an Uber driver and he knows they work hard and long hours but need to price lower than taxi drivers to stay competitive. In the San Francisco Bay area, one of the best markets for Uber, some drivers will work 36 hours straight. He said that is a recipe for a tragedy. 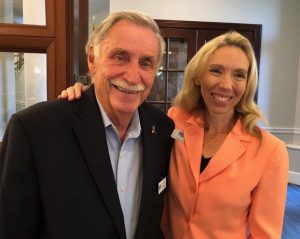 Adam said that he loved delving into the problems and scandals of Uber. He was thrilled when Travis Kalanick, founder and CEO of Uber, suggested he not write a book. It was just the incentive he needed to dive into the research for the book, he said. “There was an incident when someone filed a lawsuit regarding trade secrets but had to prove the information was stolen and used it. The whole event was bad. But it was one of 15 ugly episodes that occurred. The material was just too good and the company was not supportive so I knew I had to proceed,” said Adam.

Uber is said to be worth $60 billion. An audience member questioned how this related to Ford, for example, with real assets. What is the profit potential? What is the possible growth rate? With all of the recent controversy, the value of the company dropped $100 billion. “It’s still a hell of a business,” said Adam.

When asked about the future of print magazines, such as Fortune, Adam said the magazine’s editors are adapting by leveraging popular technologies, such as their website, mobile apps and e-newsletters. Actually, their highest area of growth is their conference business. Each year, Fortune hosts 15 conferences around the world. Print still is a big business and many still find reading magazines a value. 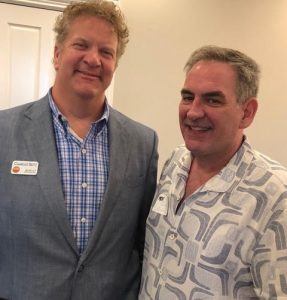 Fortune magazine continues to focus on big companies or people who matter to those businesses. While start-ups are of interest, there Is no guarantee that the fledgling business will become a large and important business in the future and they don’t have the capacity at Fortune to follow many of them.

NPC members and guests enjoyed the insights shared by Adam. Now that he is an honorary member of the NPC for the next year, we hope he’ll visit us again when he is in Naples.