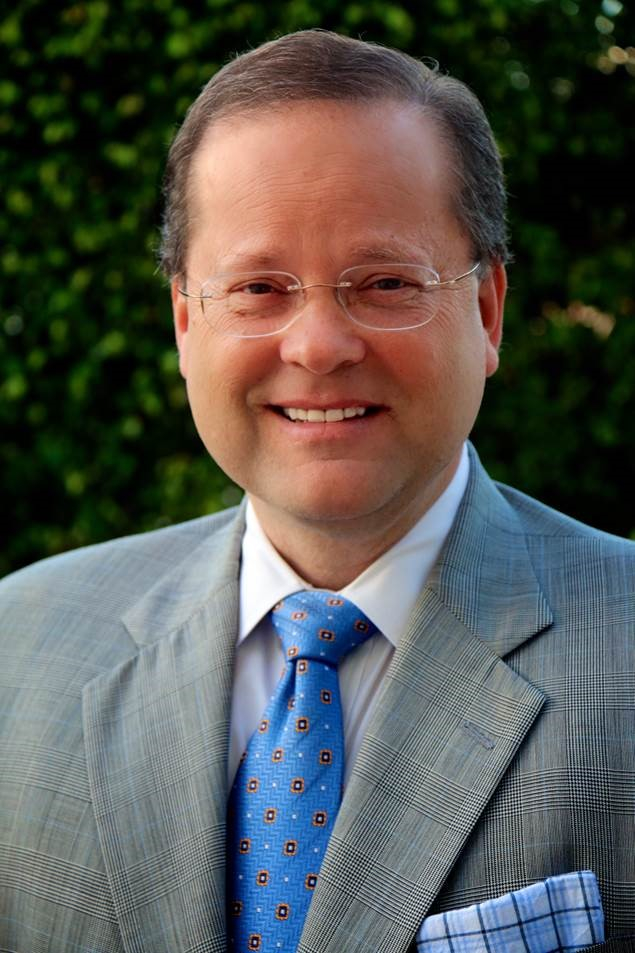 Three words to describe John S. Cox would be ubiquitous, connected, and a visionary. He can’t live without coffee, and he won’t give up social media. With thousands of followers and friends through Twitter, LinkedIn, and Facebook, Cox has his hand on the pulse of our community, and his presentation in May will address Opportunity Naples.

In the one and a half years since his relocation to Naples, he’s been on the receiving end of a taser, jumped off the top of the Naples Grande in support of Junior Achievement, and traveled to the farthest territories in Immokalee on roads that don’t actually exist. He’s been one of the dignitaries for the Stone Crab Festival, and he’s judged the Top Chef Competition in Bayfront and the costumes on Fifth Avenue for Halloween. When the city of Naples needed a host for its first televised Christmas parade, he accepted that gig as well.

John Cox was named president of The Greater Naples Chamber of Commerce, the largest of 25 Chambers in the five-county Southwest Florida region, as well as president of the Leadership Collier Foundation and The Partnership for Collier’s Future Economy on July 9, 2013.

Cox’s career in economic and community development began in the early 90s in metropolitan Atlanta, Georgia, when he was named president and CEO of the Paulding County Chamber, The Industrial Building Authority and the Airport Authority. Prior to coming to Naples, he served as president and CEO of the Cabarrus Regional Chamber of Commerce and the Cabarrus Economic Development Corporation in Kannapolis, North Carolina, in the Charlotte, North Carolina, metro area.

From 2004 until 2013, Cox and his team led more than three dozen new or expanding industries in Cabarrus County, NC, through the Industrial Grant process resulting in the creation of more than 3,000 new jobs. The increased capital investments of those projects approached nearly $750 million with total local payrolls exceeding $182 million.

Additionally, his team was instrumental in the development and promotion of the $1.5 billion North Carolina Research Campus, a life sciences and biotechnology research facility in Kannapolis.

In 2014, Cox’s team received the Outstanding Corporate Philanthropy Award from the Community Foundation of Collier County. He was honored by Florida Weekly as a Leader of Distinction, and he was the master of ceremonies for the Spirit of 45. In 2012, he was selected as Business Leader of the Year by Business Leader Magazine, and he was the recipient of the 2012-2013 Chamber Executive of the Year award from the Carolina Association of Chamber of Commerce Executives Association. He also received the prestigious 600 Award presented by Speedway Motorsports Incorporated for outstanding contribution to Auto Racing in 2007 and the North Carolina Motorsports Association Economic Developer of the Year Award in both 2006 and 2007.

His wife, Deanna, is a middle school teacher in Collier County. Their grown children include Jonathan and Jennifer, both of whom are married and have daughters.

We invite our returning and new scholarship recipients to attend this luncheon and, if they wish, say a few words. We have also extended a welcome to the managers of our scholarship fund at Champions for Learning. We’ll present them a check to cover this year’s scholarship awards.

← Your Board in Action
On This Date: Taken from “My Turn” by Terry Miller →