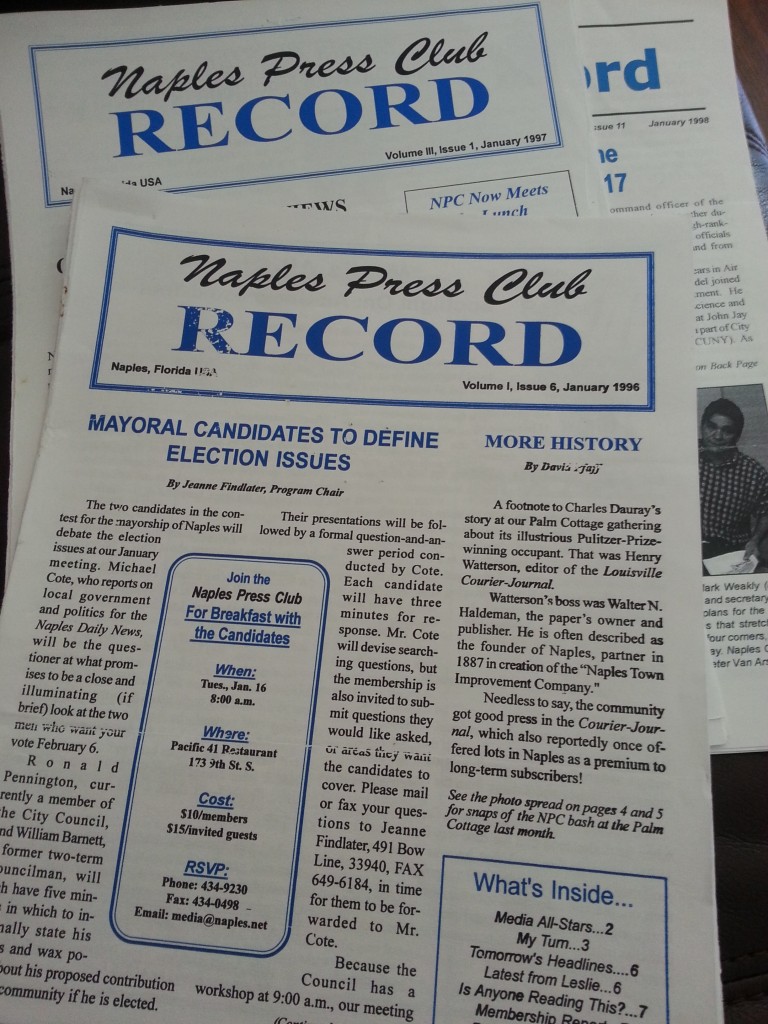 It is reported that the Press Club’s last meeting at Palm Cottage and the revelation that the “Naples Town Improvement Company” was formed coincident with the settlement of Naples shattered some cynical media type’s fantasy that Naples is a small fishing village that grew large … and in reality is a real estate speculation that succeeded big.

Here’s more disillusionment: Collier County’s first public transit line was a streetcar system – in the 1920s – in Everglades City. And Naples has had at least two operating bus systems over the last 25 years. And Collier County government today operates a bus system for a couple hundred thousand riders a year … and growing.

Another Naples myth is that the Barnes and Noble superstore in Waterside Shops installed Collier County’s first escalator. It was the first, after the one in the Registry Resort just down the block, put in when it was built a decade ago. And now, all the multi-level stores in Coastland Center will have one also. How are we going to cope with such cosmopolitan-ism?

Leslie Waller is said to be well on his way in plotting an autobiographical sequel to his “Close Encounters of a Third Kind.” This will relate the encounters and subsequent relationship of an author in Southwest Florida with a small rat that takes up cohabitation in his office during the rainy season.

Ken Hurst is reported to be preparing the launch of a new foreign language publication for this area. Taking advantage of his publishing background and his King’s English, it will be something – finally – that British tourists will be able to understand.

Speaking of publications: There are reports that the Naples Daily News is considering reverting to its previous twice-a-week publishing schedule, arguing that it can find only enough local news to fill two papers a week, anyway.

And Tuff Publications is said to be negotiating a purchase of The New York Times so that it can add The Times’ subsidiary, The Marco Island Eagle, to its stable of Collier County publications. Serves The Times right, since it gave up on publishing in Golden Gate years ago.

By the way, if Golden Gate incorporates, Tuff’s Golden Gate Gazette will be the hometown newspaper of Collier County’s largest city.

If you have any excerpt from an old newsletter that you would like to see included in On This Date contact Penny Fisher at pfisher@naplesnews.com or 239-435-3417.

← Faces of the NPC: Meet Lois C. Sabatino
Your Board in Action →