Broome said Hertz wants to be a good corporate citizen in Collier and Lee Counties, and in the world at large, and that Hertz has experienced a fantastic reception in Southwest Florida since the company announced (in 2013) that they would be moving its corporate headquarters to Estero, Fla., from Park Ridge, New Jersey. 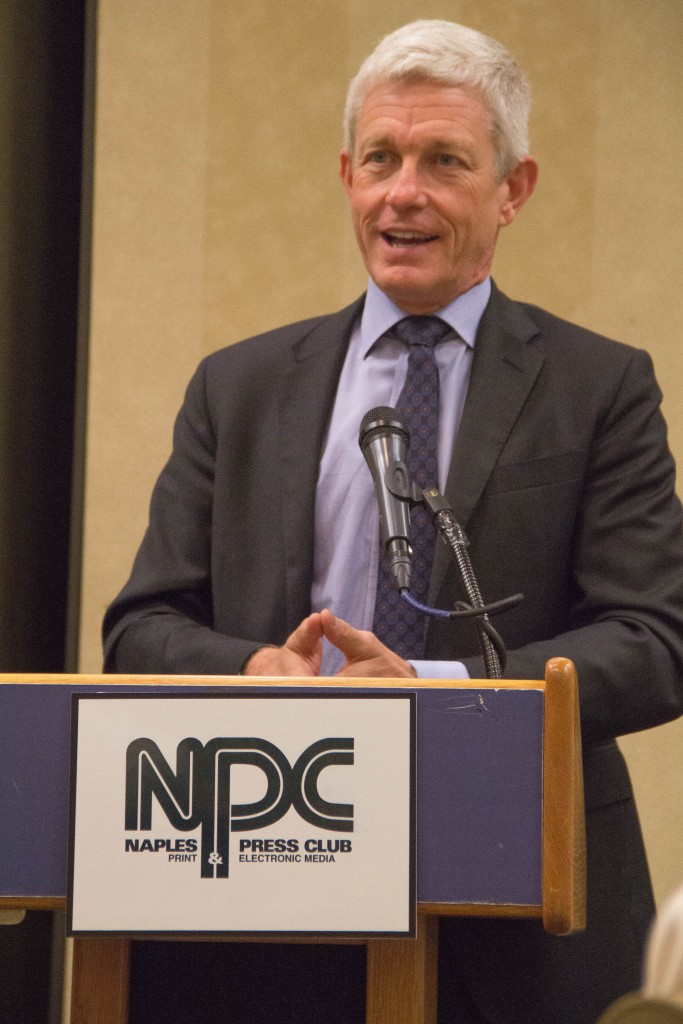 Currently, the new headquarters building is under construction in Estero, and there are already 530 Hertz employees in Southwest Florida, currently working in rental office spaces in Naples and Bonita Springs. Some of those employees have relocated from New Jersey, some from Hertz’s Dollar Rent-a-Car’s corporate office in Oklahoma, and some are new employees who already lived in Southwest Florida.

Several events have defined the last several months of Hertz Corporation’s state of affairs, starting with Carl Ichan’s activist investing in Hertz Global Holdings in August 2014. Ichan said he wanted to talk to the board about the “lack of confidence in management,” and by early September 2014, Mark Frissora was out as Hertz’s CEO. Broome reported that three of Ichan’s people are now on the new Hertz board, and that Ichan wants Hertz to be successful and that he will work to achieve that.

In November 2014, Hertz acquired a new CEO, President and Director, John P. Tague, formerly President and COO of United Airlines, who was handpicked by the new Hertz board. “John has set an example to the rest of us regarding if you have to make a change, make it quickly, humanely and then move on,” Broome said.

Another event was the reporting of financial errors that were discovered by Hertz itself. “They were control issues,” Broome said. “We need to make sure what all the problems are, deal with them and move on.” Currently, Hertz is under an accounting review because of those financial errors, so there is a total blackout period of any information sharing.

Broome said Hertz is looking at 2015 as a year of transition and getting better, and that 2016 is the year when Hertz will hit its stride.

He closed his presentation by saying, “We’re committed to being in Estero. Our employees love being down here in Florida. Those that moved here have found communities, homes and schools that suit their needs, and they are happy, especially with the great Florida weather.”

During the question and answer session, Broome answered questions about the tax incentives Hertz received to relocate to Florida, which equals $14 million from the state of Florida, Enterprise Florida and Lee County. Over 20 years, that will increase to a $100 million incentive package, primarily in tax relief.

In answering a question about the core business vs. diversification, Broome answered: “We are aware of other models such as Uber Ride Sharing, etc., but first we want to get our core rental business fundamentals right.” Internationally, Broome said that Hertz’s North American business is three to four times the size of its Western European business, followed by the growing business in New Zealand and Brazil. 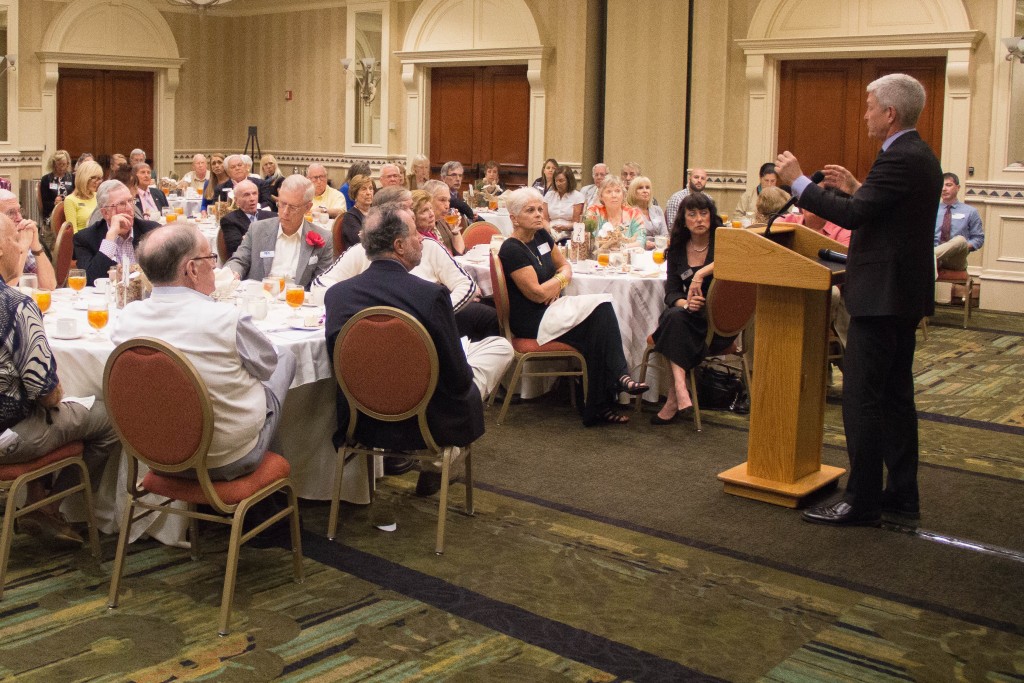 The subject of the new president was raised, and Broome said: “We first need to work internally to get the management team and processes in place. From there, I don’t know–it’s a work in progress.”

The question was asked: “Who will Hertz be hiring in the next 12 months?” Answer: “People who are sophisticated in raising revenues and IT people who will update and improve our structure. Our preference is to hire locally; about 200 locals have already been hired, of our current 530 employees.”

Answering a question about his specific job, Broome said, “Ideally, all media and the public and the stockholders are informed at the same time–that is our plan. I think it’s really important that our company speaks with one voice.”

← Your Board in Action
‘Bring a Book, Bring a Friend’ to February Luncheon to Commemorate Children’s Literacy Month →