The club honored Lewis as the first recipient of the award at its luncheon on February 27, 2014. 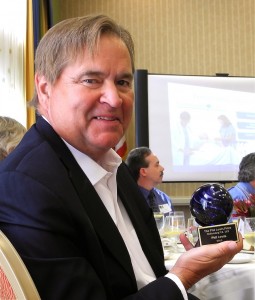 The competition will be open to print, digital and broadcast journalists in Florida. It carries a $500 cash prize.

Contest rules and entry forms will be posted on the Press Club of Southwest Florida’s web site, naplespressclub.org, beginning in May. The deadline is Aug. 1, 2014 to enter work published or broadcast from June 1, 2013, to June 1, 2014. 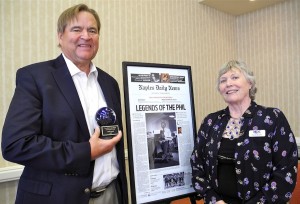 A 1974 graduate of the Missouri School of Journalism, Lewis joined the staff of the Naples Daily News in 1978 and three years later was promoted to City Editor, a post he held until 1989 when he was named managing editor. Lewis was named executive editor in 1997.

During his tenure, Lewis oversaw the newspaper’s emergence into the digital age. The Naples Daily News won a national Eppy award in 2006 for its web site, naplesnews.com. The paper earned numerous state journalism awards under Lewis’ leadership and national journalism awards including for the paper’s 2003 “Gulf in Peril” series and for the Stadium Naples public corruption investigation, among other projects. The Naples Daily News was a finalist for a Pulitzer Prize for feature photography in 2011.

Lewis retired in 2013 as editor of the Naples Daily News after working as a journalist in Naples for 35 years. He is recognized for his passionate advocacy of the public’s right to know and his aggressive defense of Florida’s public records act, Florida Statute 119. Lewis frequently kept readers of his column abreast of efforts by Florida lawmakers to weaken the public records protections afforded under F.S. 119; when necessary, he challenged government authorities to uphold the law with legal action. 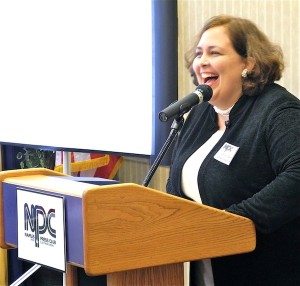 A distinguished panel of retired journalists and working journalists from outside Florida will serve as contest judges. Gina Edwards, co-founder of WatchdogCity.com, is this year’s contest chairman.

“The monetary pledge that the Press Club of Southwest Florida is making to this award shows a significant commitment to support and recognize the efforts and achievements of members of the working press in Southwest Florida and all around the state,” Edwards says. “Journalists are often the front line defenders of the Florida Public Records law and this prize applauds their work.”

For more information about the journalism competition, contact Gina Edwards at
gina@watchdogcity.com or by phone at 239-293-3640.