Non-members and/or those members ordering online:
Go to Eventbrite.com and search for “Press Club of Southwest Florida.” 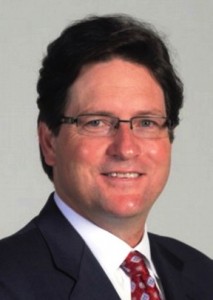 Bill Barker, formally publisher of the Tampa Tribune and president of Tampa Media Group Inc., has been named President and Publisher of the Naples Daily News. Barker, assumed his new duties in Naples on Nov. 11, 2013.

Barker, 50, has spent nearly a decade overseeing newspaper publications and media operations in the Tampa Bay area. Most recently, he served as president and publisher of the Tampa Media Group Inc., a holding company created in 2012 with publishing assets – including the Tampa Tribune, the St. Petersburg Tribune, TBO.com and 16 other newspapers and digital products – formerly owned by Media General.

Prior to coming to Florida, Barker worked his way through the operational ranks at the Richmond Times-Dispatch, where he was named director of operations in 1996. During his time in Richmond, Barker oversaw the construction and launch of three new facilities and an organizational restructuring.

Barker has completed the Executive Development Program at the Kellogg School of Management and The Media Management Center at Northwestern University and earned a Bachelor’s Degree in management and marketing from Union University.

Editor and Publisher magazine named Barker its “Operations Senior Executive” of the year in 2009 and in 2002 Presstime magazine included Barker in its list of “20 under 40.” 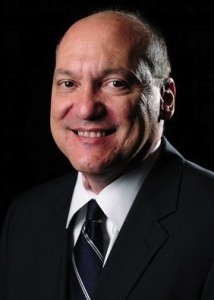 Manny Garcia, 53, is the Editor of the Naples Daily News. Previously he was executive editor and general manager of el Nuevo Herald, the Spanish-language daily in Miami, Florida.

In 2011, el Nuevo Herald and The Miami Herald were joint Pulitzer finalists for their coverage of the 2010 Haiti earthquake – a first for any Spanish-language news operation. His team recently collaborated with the Toronto Star on an international series that exposed sex tourism from Canada to Cuba, which has led to reforms in both countries.

Garcia joined the journalism industry later than most, graduating from Florida International University and breaking in at the Miami Herald in his late 20s. Before that, Garcia said he worked as an emergency medical technician, beauty supply salesman and several other jobs.

*         Members/spouses/significant others, RSVP@naplespressclub.org.
Please include your menu choice (see below). You may pay at the door (cash, check, credit card).

*         Members may also purchase tickets online-Go to Eventbrite.com and search for “Press Club of Southwest Florida.”

*         Non-member guests MUST purchase tickets online-Go to Eventbrite.com and search for “Press Club of Southwest Florida.”

← C. Scott Campbell: A Time for Everything
Phil Lewis First Recipient of NPC Award Named for Him →