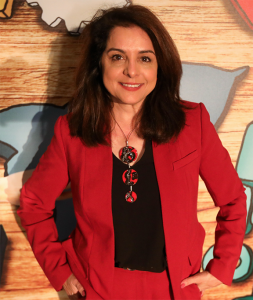 Davar says she wants to contribute to the Press Club of Southwest Florida in the areas of programs, future of media, data and voice chatbots, and the changing diversity in the media landscape.

A warm welcome, Davar. We look forward to your valuable involvement helping the press club fulfill its multi-faceted mission.