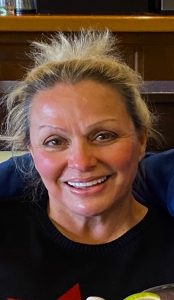 Let’s all extend a warm welcome to Sheree Le Mon, who is our newest press club member.

A writer and director, Sheree founded Strasburg Children in the 1980s, an internationally recognized children’s clothing manufacturing/retail company. She served as the company’s CEO and designer until its sale to Terry Jarvis, the past president of Federated Stores of New York, 12 years later.

She is the author of the books A Place in My Heart and Cornbread Mafia, and her films include “Cut,” “Starstruck,” and “For the Love of a Dog.” Sheree won the Best Film Award at the George Lindsey Film Festival for “Cut.”

Sheree’s screenplays include “World Cruise,” “For the Love of a Dog,” and “The Passage.”

We are delighted to welcome Sheree to the Press Club of Southwest Florida and give a big shout-out to longtime press club member Linda Blackman for reaching out to Sheree on behalf of the club.

← Join Us for Lunch with Legendary Journalist Terence Smith on Feb. 18
RSVP Today for Our Feb. 18 Luncheon →