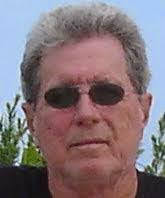 Please join us in warmly welcoming Lee Melsek to the Press Club of Southwest Florida.

Lee’s stellar career in investigative reporting is an inspiration, and the club is grateful that Lee wants to help mentor our club’s young reporters, especially those in watchdog reporting roles.

During those years, he won many regional, statewide, and national journalism awards. These include:

Lee notes that some of his other major investigations at the News-Press included:

Lee grew up on Fort Myers Beach and graduated in 1962 from Fort Myers High School. In 1972 he graduated with a B.A. in Mass Communications from the University of South Florida.

A warm welcome to the press club, Lee, and a heartfelt thank you to member Susan Bennett for highly recommending that you join us.