Press Club board member Jeff Margolis announces the publication of his latest book, The President’s Pen. Jeff has spent four years researching the writings of American presidents. Along with his wife, Ida, (also a press club member), they visited presidential libraries and museums as well as former homes and historic sites of our chief executives. The President’s Pen examines the writings of 16 presidents of the United States, offering insights and the stories behind their works. 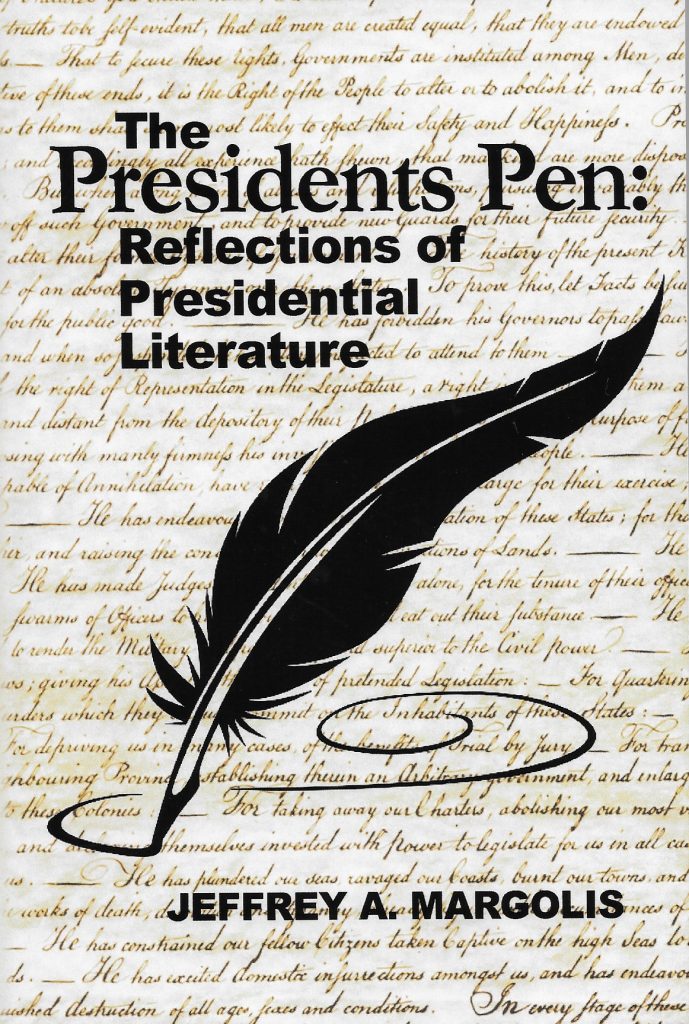 With a critical presidential election less than three months away, The President’s Pen can provide insights gleaned from presidents when they were candidates campaigning for our nation’s highest office. Despite the fact that our presidents have collectively written over 150 books, only one president has earned a Pulitzer Prize for his work. There have been two presidents who have written novels. One president even worked with Mark Twain to get his book published.

Even though most books about presidents have been written by university professors, scholars and historians, the reading public can gain special understanding by reading stories that presidents themselves have tried to tell through their own lens.

Jeff is a member of the press club scholarship committee and has offered to donate $5 to the scholarship fund for every book purchased by a club member. Since we are not able to meet and have an official book signing, members can go to the web site Bibliobookstore.com and order the book. Just take a photo of your book and email it to Jeff (educatorpartners@gmail.com) with the notation “press club” so that he can keep track of the donations. If you wish you can order the book directly from Jeff for $11.00 plus postage.

Jeff says a special thanks goes out to press club member Carole Greene, who was the editor of The President’s Pen. For more information about the book, visit www.presidentspen.com.