After a summer break, the Press Club of Southwest Florida Board met prior to the September 19 Media Mixer at The Social in Fort Myers. It was windy and a bit noisy, but we still conducted business and reported progress in meeting our goals.

We continue to take steps to become more relevant and responsive to working journalists by expanding programming into the Fort Myers (Media Mixer #3) and Bonita Springs (Media Mixer #2) areas and hosting “newsmakers” as important announcements are made in Southwest Florida (Paul Hiltz, new President & CEO of NCH Healthcare System on September 24).

As we welcome Carol Glassman back to the role as editor of the Scoop (which she created several years ago—see separate article). I wish to extend my personal thanks and deep gratitude to Carole Greene who graciously and expertly filled that role for nearly two years—a position that was to be temporary. Carole has earned a break and our Press Club’s appreciation.

The 2019 Media Mixers have been a resounding success. At the September 19 Media Mixer at the Social, more than 60 journalists and communications professionals attended including newspaper and magazine editors, television anchors, reporters and producers. It was fun and a productive evening of networking. Thank you to George Lehner, Jill Jaffe and Paul Wachsmith for scheduling these wonderful events. More socials to come—and we’re not waiting until summer! 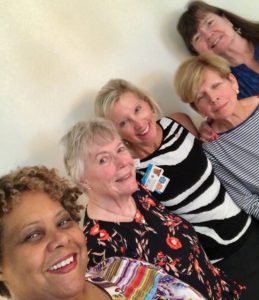 If you wish to become more involved in the Press Club of Southwest Florida, we have many opportunities including serving on the Board, joining the program committee, assisting with PR, and writing summaries of the monthly lunch programs. Please let me know where you’d like to make your contributions for creating a more vibrant and relevant organization.