Join us on Thursday, November 1, 2018, at 11:30 a.m. for our Press Club of Southwest Florida luncheon at the Tiburon Golf Club.

Fake news? Media the enemy of the people? Press Club of Southwest Florida takes the responsible view and offers a program on the importance of the First Amendment and Sunshine Law issues, exploring factors that drive change and impact. Speakers: Barbara Petersen, leader of Florida’s First Amendment Foundation; and Tom Marquardt, retired editor and publisher of the Capitol Gazette in Annapolis. Q & A always digs in even deeper.
  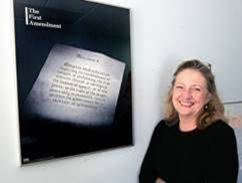 Barbara Petersen is a graduate of the University of Missouri-Columbia and Florida State University College of Law. She has been president of Florida’s First Amendment Foundation since 1995 and was previously a staff attorney for the Joint Committee on Information Technology of the Florida Legislature, where she worked exclusively on public records legislation and issues. Petersen served as chair of Florida’s Commission on Open Government Reform and was appointed by Senate President Don Gaetz to a government transparency task force. Petersen currently serves on the boards of the National Freedom of information Coalition and the Florida Center for Investigative Reporting. A passionate advocate of the public’s right to oversee its government, she has provided open government training to thousands of government officials, public employees, citizen action organizations, and reporters across Florida. 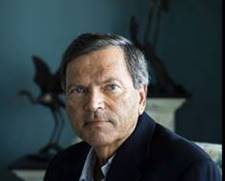 Tom Marquardt is the former editor and publisher of Capital Gazette Communications in Annapolis, MD. He worked in the newsroom for 35 years alongside four of the five victims of the June 28 mass shooting and was a subject of the alleged shooter’s threatening social media rants. He received a Society of Professional Journalism Freedom of Information award for his effort to revise Maryland’s Open Meetings Act in 1991. In 2011 Marquardt was named The Most Influential Person in Maryland Media by the Daily Record. He retired to Naples in 2016. Prior to his time in Annapolis, he worked at newspapers in Michigan. He is a graduate of Central Michigan University, where he has been inducted into the journalism school’s Hall of Fame.

To reserve and pay for your ticket click here

Or to pay at the door, e-mail RSVP@naplespressclub.org

Please do not hit “Reply” to this message to reserve for NPC events. Instead, reserve through Eventbrite or send an email to rsvp@naplespressclub.org. Use this email to indicate if you have special dietary requests (vegetarian, gluten-free). Should you reserve and later discover you cannot attend, notify Rhona Saunders at rhonanaples@gmail.com or call 239-450-1215. If you fail to cancel prior to the event, you will be billed for the lunch you reserved. Members may also reserve and pay in advance on Eventbrite. Tiburon Golf and Country Club is located at 2620 Tiburon Drive, Naples.

← Your Board in Action
Member Musings: Iris Shur →