Driving is Driving Me Crazy

Very few cars had automatic transmission when I began learning how to drive. My dad tried in vain to teach me how to shift, but I just could not coordinate the clutch and the accelerator. Fortunately, we had a second car with automatic.

Finally, I passed the driving exam and test. What a banner day. Almost as exciting as the day—long in the future—when my youngest son got his driver’s license and I didn’t have to drive him here and there every day—after sixteen years of driving all of my children. Freedom at last. 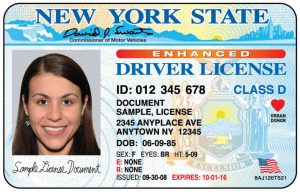 I got in the car that first day with my shiny new driver’s license in my wallet, and drove one block down the street. Perhaps you can remember the ecstatic feeling of driving alone for the first time. It’s like you had a couple of drinks—the excitement so high you are almost dizzy with it. “Me, driving. By myself! Can you believe it?”

But then, disaster. When I pressed on the brake pedal as I neared the corner, nothing happened. Really. I pumped and I pumped but the car kept going down the street.

Absolute terror struck as I realized the car was going to cross a street and that cars could be coming from both directions. I also didn’t know how hard I was going to hit whatever I was going to hit in front of me, which was a front yard then a house. Can you possibly imagine the panic of a novice sixteen-year-old driver in this situation?

I closed my eyes as the car traversed the cross street, praying as hard as I could. I heard a screech of brakes as an oncoming car to the right of me managed to avoid me. My car by then was going very slowly, so the impact as I hit some bushes was slight and the car came to a stop.

The owner of the house came outside and started yelling at me. “You ran into my bushes,” she screamed. “What do you think you are doing?”

I was crying hysterically and she was yelling at me for damaging some bushes. Didn’t she know I could have been killed? Apparently not, because she continued to berate me. Finally, I managed to get out of the car.

Ignoring the irate neighbor and leaving the car in the bushes, I commenced a slow, sad walk down the street, back home. As I walked, I imagined what my father would do to me when I reached the house. That caused more hysteria. I was sure that the lack of brakes was somehow my fault.

Eventually, I entered my house. Shaking and sobbing uncontrollably, I told my parents what had happened. It turned out that it was only partially my fault. My father said he had the brakes relined the day before and they must have left air in the linings, causing the brakes to fail. I still to this day, not being car smart, have no idea what that means. But then Dad kindly reminded me that the car had an emergency brake, which I should have engaged.

My father went down the street to retrieve the car and make amends with the neighbor. I tore up my driver’s license and threw it in the trash. Yes, I did. But then what a pain it was to get a replacement a few days later when I had calmed down.

The following week, new license in hand, I went to pick up my little sister from summer day camp at the YMCA. While I was making a “K” turn outside the building, I hit a telephone pole. The car sustained a dent in the back.

I’m telling you, my first couple weeks of driving were hell.