Susan McManus and Drew Attanasio, president and vice president-finance for Champions for Learning/the Educational Foundation of Collier County, accepted the $2,500 check from Press Club of Southwest Florida for our NPC Scholarship Fund.

McManus spoke about our history together, starting with then NPC Scholarship Chair Phil Beuth’s desire in 2007 to set up the NPC Scholarship fund and find student recipients who were passionate about a career in the field of journalism. She said that Beuth was determined to make it work, and it did. 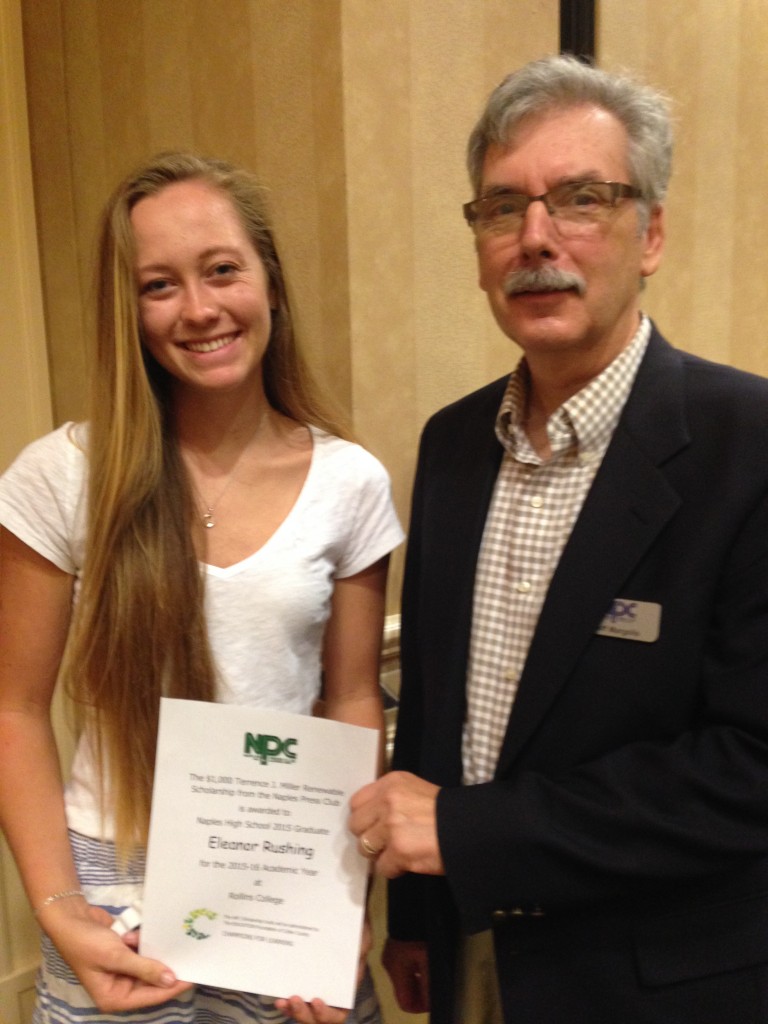 2015-16 NPC Scholarship Student Introduced: Ellie Rushing is graduating from Naples High School May 29, 2015, and will attend Rollins College, Winter Park, Florida in the fall. Ellie plans to major in journalism and also play varsity softball for Rollins. She also announced that she just learned that she was awarded the prestigious Naples Daily News Doris Reynolds Scholarship. 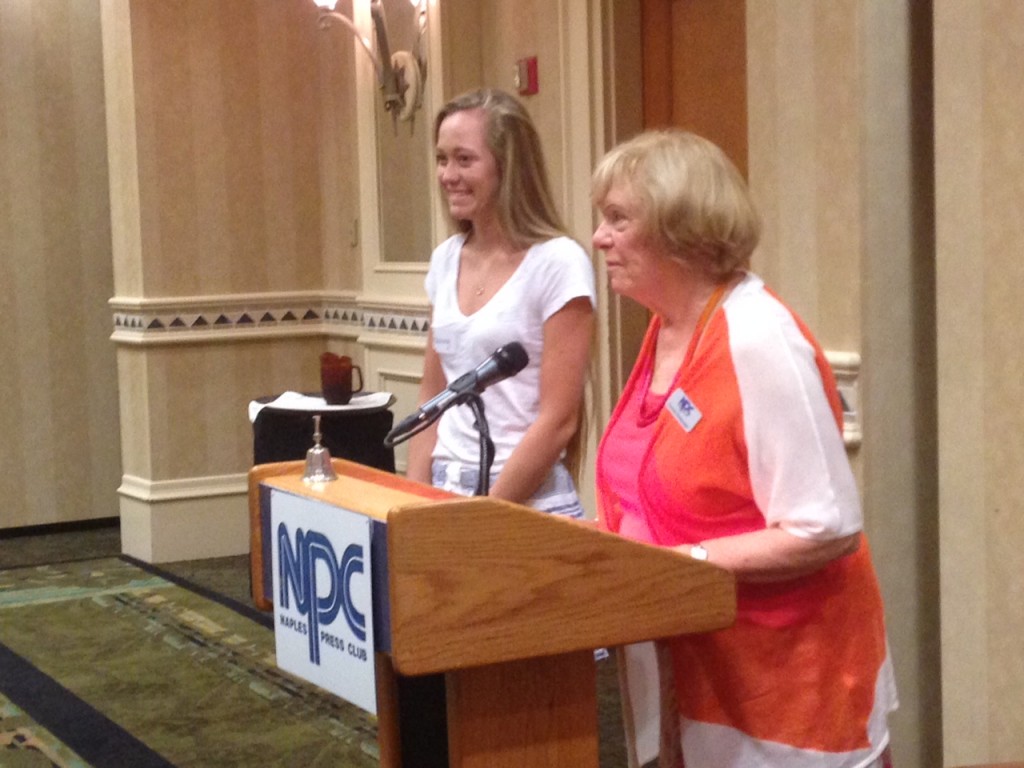 ← Pheeling Philanthropic?
Your Board in Action →