A committee of Bob Orr and Cary Barbor chose the two Outstanding Young Journalists, Kim Powell, WINK News and Evan Williams, Florida Weekly. Orr and NPC President Soni Dimond presented the awards, and both recipients accepted the $500 awards and spoke a few words of thanks. WINK-TV taped the awards presentation for the evening news shows. 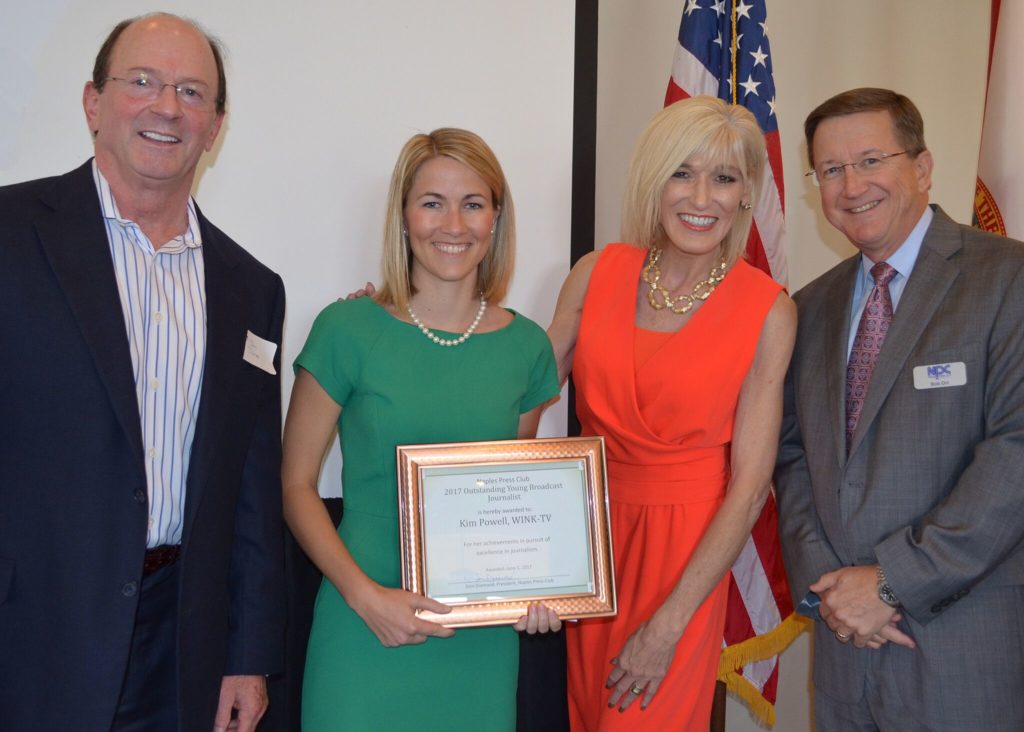 A committee of Mike Sheffield and David Mink chose the two Outstanding Scholarship Students: Melissa Gomez (UF) and Ellie Rushing (Rollins College). Scholarship Chairman Connie Kindsvater presented the $250 awards. Rushing accepted her award with a few words of thanks; Melissa Gomez was not able to attend because she was at the NYTimes Institute for Journalism Students. Gomez’ award was mailed to her.

The 2017-18 NPC Endowed Journalism FGCU Scholarship was awarded to Aiden Strawhun (a senior at FGCU), making her the ninth scholarship recipient for the 2017-18 school year. Tamica Jean-Charles, a 2016-17 recipient, was also at the luncheon, and is currently finishing her freshman year before she can reapply for a 2017-18 NPC scholarship. She would be number 10—completing our largest ever group of recipients in a single school year. NPC members should take pride in this investment in the future of journalism.

Lauren Schoepfer, a NPC Scholarship Student during her entire college career, recently graduated from UCF. She was not able to attend the luncheon, but a Scholarship Committee group met with her on June 15 and gave her our traditional graduation gift, a spiral-bound AP Stylebook from the year of the student’s graduation (2017).

The seven NPC mentors for the scholarship recipients are: 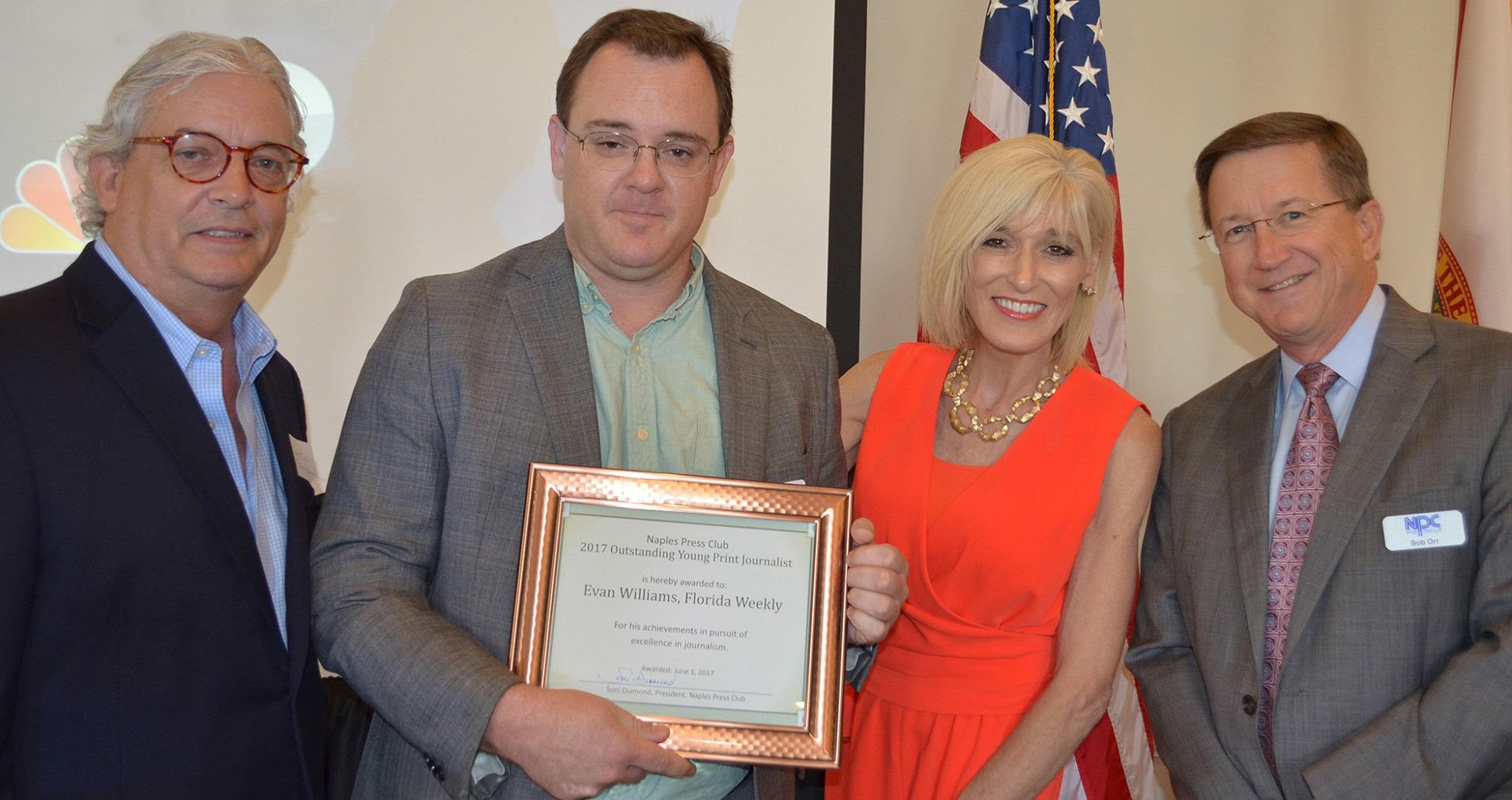 ← More photos for NPC Scholarship awards
Your Board in Action →