Originally from Brussels, Belgium, Frank Verpoorten spent the previous 13 years in New York, until two years ago when he was convinced by Kathleen van Bergen, CEO and president of Artis—Naples, to come to Naples, primarily because of her vision for the Baker Art Museum. He moved to Naples with his wife and two sons. 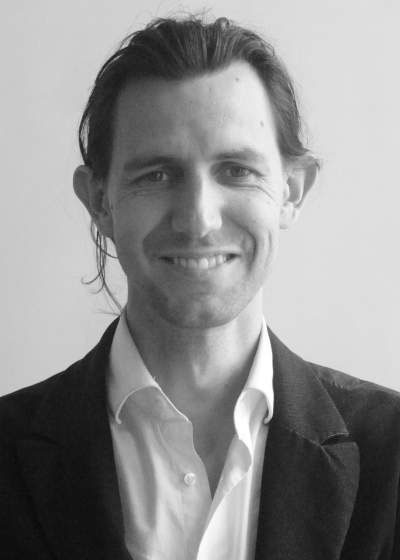 Verpoorten, now the director and chief curator of the Baker Art Museum, spoke at the April 23 Press Club of Southwest Florida luncheon to share his plans and goals with the attendees. He commented that the new Artis—Naples branding happened about two months before his arrival in Naples, but he’s glad that it’s now named the Baker Art Museum, rather than the previous name, the Patty & Jay Baker Museum of Art at the Naples Philharmonic Center.

“Baker is like a boutique museum,” Verpoorten said. “And, it’s the only fine art museum within 117 miles in South Florida.”

In discussing his plans, he said, “It’s a challenge during season to make certain that the Baker Museum has a blockbuster exhibition but also showcases its permanent collection.” Verpoorten talked about the current blockbuster exhibition, “Gods and Heroes” showing until May 17 which includes 140 stunning masterpieces from the Ecole des Beaux-Art, Paris. He said that it’s the first such exhibition in the US in more than 40 years.

Verpoorten also talked about a new exhibition opening soon that showcases the Baker Museum’s permanent collection, “Celebrating 15 Years of Collecting at the Baker Museum,” June 6 through July 26 and Sept. 5, 2015 through Jan. 31, 2016. Featured will be Modern Mexican Masters, the Olga Hirshhorn “Mouse House” collection, the Harry Pollack “Art as Activism” collection, pieces by Edwin Long, Rudolf Ernst, Calder, and many more.

“Upcoming Baker Museum exhibitions, ‘Weegee by Weegee,’ ‘Paco Pomet Solo,’ ‘Jorinde Voigt,’ and ‘Kimsooja‘ should all be interesting,” Veerporten said, “and the ‘Yves Saint Laurent & Halston–Fashioning the ’70s’ exhibition planned for November 2015 through March 2016, should be a big, popular “blockbuster-type” exhibition.”

Verpoorten shared his overall goals for the Museum with the NPC luncheon attendees. “The museum is now 15 years old,” he said, “and it’s time to move toward accreditation by the American Alliance of Museums and to establish our mandates for the museum.” He explained that the museum is working on achieving that accreditation, which will take about 18 months. “The mandate is to maintain good stewardship of the collection of art that belongs to the Baker Museum, and then to develop the collection policy, to educate about the collection, to build scholarship around the collection and to rise to regional, national and international prominence,” He said. “The current focus is on publishing information about the Baker Museum collection, because this is what lasts, and it can be shared with other museums.” He said that he is also working to build a qualified team, which currently includes himself and seven others.

He answered questions from guests. Verpoorten said to “Collect what you like, collect with a focus,” in response to a question about how to start collecting art. When asked about how to be better informed as an art museum-goer, Verpoorten suggested attending Docent Tours, which are offered daily. He said that they are a great source of information for attendees and that the museum spends time to educate the docents about the exhibitions. He also mentioned that “Art After Dark,” from 6-9 p.m. on the last Wednesday of each month, offers free attendance and has become so popular that at times crowd control is needed.

One suggestion from the floor was that other Press Club of Southwest Florida members should consider joining the Baker Museum and become a Friend of the Museum because it offers great value and is a good way to support the museum.