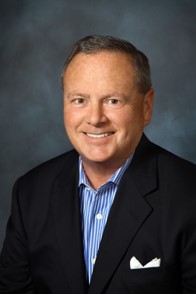 The Press Club of Southwest Florida is pleased to welcome our newest member, Bill Butler, whose vast news media career is among the most impressive within our membership.

Bill retired from Sinclair Broadcast Group as the VP of Programming & Promotion and Senior VP Corporate Marketing in May 2017.

He was in corporate management with Sinclair for 20 years, managing and approving local station advertising budgets. He conducted qualitative and quantitative news and ratings research and has organized and participated in more than 100 news focus group sessions across the USA.

Bill also negotiated and bought all the TV programming and supervised the station program schedules.

Prior to Sinclair, he was a Programming & Promotion executive at major market TV stations including Los Angeles, Philadelphia, Boston, Indianapolis, Pittsburgh, and Kansas City.

He was a manager for companies including the Walt Disney Company, Paramount, Telepictures, and Gannet.

He was one of the earliest Promotion Managers of CNN and Turner.

Born and raised in Dayton, Ohio, Bill graduated from the University of Cincinnati in Broadcasting in 1974, followed by MBA studies.

Bill and his wife Kate are full-time residents of Naples. They enjoy spending July and August in Rhode Island.

Kate was a Senior Pharmaceutical Representative for Abbvie prior to retirement. She is a member of the Naples Garden Club and volunteers at the Fun Time Academy and the Naples Humane Society.

Bill says he is eager to become involved in helping the press club fulfill its multi-faceted mission.