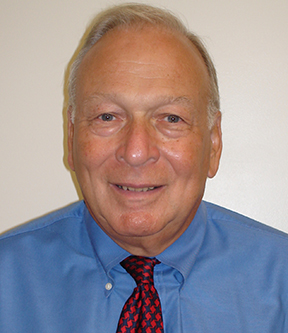 In 1968 I answered an ad in the Wall Street Journal that turned out to be ad sales for Barron’s Weekly. After some back and forth that included an explanation of an expense account, since I had never had one, I began a decades-long career in publishing/ad sales.

I remained with Barron’s for five years, where I got to know most of the legends of Wall Street’s banks and investment firms.

Then an offer came along to be advertising manager for Financial World magazine at double my current pay. Now, in addition to all my Wall Street friends, I was also getting to know the heads of most major corporations in America, some of whom I still keep in touch with. This includes Bob Crandall, former president of American Airlines, and a former client Jamie Dimon, current head of JPMorgan Chase, whom I had occasion to call recently regarding a mortgage problem that was promptly taken care of.

While at Financial World, as a way to sell more advertising in the magazine, I created a Chief Executive Officer of the Year competition where we had an awards dinner attended by the top executives of America’s leading corporations.

In the first year we had Ronald Reagan as the guest speaker at the dinner, followed by Bill Simon, then Secretary of the Treasury, followed by Gerald Ford, and then Henry Kissinger. I got to spend some time with all of them since they all had Secret Service along with them, and I needed to oversee all their arrangements. Conversing with them was incredible, except Henry Kissinger, whom I had great difficulty understanding.

After five years I left Financial World to become ad manager for American Way, the inflight magazine for American Airlines. For the first time in my career, selling too much advertising created a problem. The increased weight of the monthly magazine resulted in a very costly fuel problem. The answer was to have a new magazine every two weeks.

When American moved its headquarters from New York City to Dallas, I left to become advertising director for a new startup, Manhattan Inc. magazine. I left after two years due to a disagreement with the owner regarding the direction of the magazine. Unfortunately, I was correct since the owner eventually sold it after losing $20,000,000.

I quickly moved on to become associate publisher of Art News magazine. I think this was the best job I ever had. I spent the next eight years traveling all over the world to galleries and art fairs, getting to know the legends of the art world, including Andy Warhol, Keith Haring, Robert Rauschenberg, Frank Stella, Dale Chihuly, as well as legendary art dealers and collectors.

Leaving was probably a mistake, but after several non-related jobs in Florida I came back into the magazine world as publisher of Southwest Art magazine and moved to Houston. This was a fun job since I got to travel all over the U.S. West and Southwest, meeting a whole new group of artists and dealers.

My wife and I always wanted to retire in Florida, and as fate would have it, I was offered the job of publisher of Gulfshore Life magazine, and we came to Naples. When the opportunity arose, I moved on to running Naples Illustrated for the next six and a half years. After trying retirement again, my friend and eventual business partner talked me into helping him with Life in Naples magazine, which he eventually sold. We then started together Old Naples News and a year later, North Naples News.

This past year, my partner was bought out by our marketing and graphics manager and retired. I guess unless someone makes me real good offer for the magazine, I’m doomed to a life I have always loved.