What do you do with a season full of performances when your community is shut down? How do you engage your patrons and donors when they cannot personally enjoy performances? How do you plan for the next season with a pandemic not yet under control?

Join us for a virtual (Zoom) Press Club program from 12 – 1 p.m. Monday, November 30, as we hear from a panel of leaders of well-respected and vibrant theater and music organizations in Southwest Florida. These leaders will share their plans, actions and emotions as the world was turned upside down by the effects of COVID-19.

The program is free and open to the public. Registration is required. Register by 5 p.m. Friday, November 27, at: RSVP@PressClubSWFL.org. A Zoom link will be emailed to you prior to the virtual event. 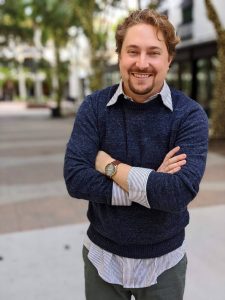 Bryce Alexander was brought to Naples from Denver, Colorado, in 2016, where he was the Artistic Director of Phamaly Theatre Company. Phamaly is one of the only professional theatre companies in the country that is comprised entirely of people with disabilities. Bryce has worked in theatres across the country, including the Guthrie Theatre, Denver Center Theatre Company, Colorado Shakespeare Festival, At-Hand (NYC), The Aurora Fox, and many more. As the chief officer of The Naples Players, Bryce oversees all of the theatre’s productions, identity, messaging, quality, programs, finances, vision, and development. 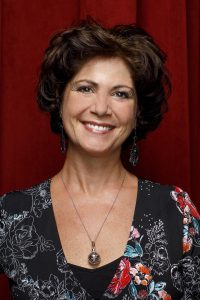 Kristen Coury moved to Naples from New York in 2004. She founded the Playhouse, which has grown to a staff of 41 and an annual budget of $4.2 million. Plans are in place to create a state-of-the-art theatre and education center at the gateway to downtown Naples. While in New York, Kristen worked on Broadway for Walt Disney Theatrical’s production of Beauty and the Beast and for Andrew Lloyd Webber’s company, working on Sunset Boulevard and Joseph and the Amazing Technicolor Dreamcoat. She has directed many of the Playhouse productions to date and made her feature film directorial debut with Friends and Family, which was released in the U.S. and across Europe. Kristen serves as a board member of the Theatre Communications Group, the national service organization for the professional, not-for-profit American Theatre. 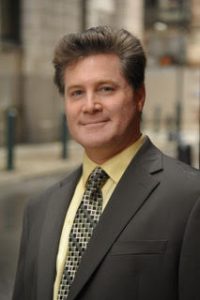 Dr. Andrew M. Kurtz founded Gulf Coast Symphony more than 25 years ago. Previously, he served for 16 years as general director of Center City Opera Theater, a professional opera company in Philadelphia. He was named the 2007 Performing Artist of the Year at Lee County’s Angel of the Arts Awards and is past president of the board of the Lee County Alliance for the Arts. Andrew was the international tour conductor for Cantors: A Faith in Song, featuring three of the world’s leading cantors, and now is the tour conductor for New York Cantors. He served as the music director of the Florida Jewish Philharmonic Orchestra and as Producing Artistic Director of Synergy Productions , a professional musical theatre company in Southwest Florida. He completed his doctoral studies in conducting at Peabody University.