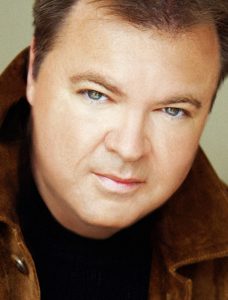 SCOOP asked me if the coronavirus has inspired me to write any future thrillers, and it has. Red Glare will be released July 7, with an asterisk. I’ll explain in a moment.

But writing is only the half of it. I’ve also had to address the important question of what kind of world my book—or any book or movie—will find when it comes out. We could ask the same of the news business.

To research this, I’ve been taking the emotional temperature of friends in New York publishing and Hollywood—artists, agents and executives. What’s working and what’s not? What’s certain going forward, and what’s being left behind for good?

“It’s a scary time,” said one iconic Hollywood friend. “I don’t really know where the film business is going beyond streaming. Or the book business beyond Amazon. You throw out a book or movie now and you don’t know what’s going to happen. Does it stick? Or does it disappear into the ether? Producing or releasing anything now might be futile. Maybe we’re all better off doing nothing at all and keeping our powder dry until it blows over.”

I’m a big fan of doing nothing. There’s a lot of unnecessary work done in the name of “productivity.” But my own feeling is that if you can work, and want to work, then you should work, however you define it and whether or not you get paid for your contribution to society. Because so many right now want to work but cannot.

That’s why I’ve taken a short break from writing an untitled long-term opus to release Red Glare this summer, along with a short companion anthology to my Raising Atlantis trilogy.

I was fortunate that my last title came out in late January, a good five weeks before the shutdown began. It was a special anniversary mass market paperback of my first New York Times bestseller, Raising Atlantis. Besides Barnes & Noble stores, Simon & Schuster chose to push tens of thousands of copies through Walmart, grocery stores and airport bookshops nationwide. The airport stores closed, but as of yesterday brave shoppers are still sending me pictures of Raising Atlantis on sale at eye level in their local grocery aisle. 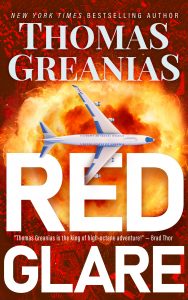 Red Glare is also a re-release of sorts. Way back when, it was a big-deal script in Hollywood that got a lot of attention but never got made. Mostly because few at the time believed a woman could be president, that Washington, D.C., could be attacked, or that China could be America’s main adversary.

Suddenly Red Glare feels right for such a time as now. But what works for me as an author may not work in the marketplace.

“There’s a deluge of pandemic-themed pitches hitting agents right now, and everybody is already sick of them,” a well-connected publishing friend told me. “You’re lucky you can release Red Glare now and not in a year or two. Publishers are worried that all the big titles they’ve pushed back to the fall are going to hit all at once. It’s already an election year. There’s no oxygen left for these books. They’re not going to expand the marketplace. They’re going to cannibalize each other. Worst of all, Amazon is going to emerge more dominant than ever.”

Indeed, it used to be enough that Simon & Schuster would pay six figures to put my books in front of Barnes & Noble stores. But if nobody is walking into bookstores anymore (yes, I know the Naples B&N is a happy exception), does it matter? Depending on the genre or format, Amazon now accounts for 50 to 90 percent of the book market, regardless if you’re an indie author or with Penguin Random House, the world’s largest publisher.

Algorithms now matter to authors, and that changes things. Profoundly. “Visibility” means something else entirely, and I’m not talking about “virtual book tours.” But that’s a subject for another day.

As a result, the way we work has changed.

Giving up my home office to my college son is no big deal, but the way I must conduct business virtually and market my books online certainly is.

My wife Laura, Florida Investigations Editor for the USA TODAY Network of newspapers, is also working from home. She has so much more to investigate but fewer staff at any given time because of furloughs.

This is where I think it all gets back to the kind of work we do, whatever it may be, and our sense of contribution.

In the end, it’s less about how the coronavirus inspired us to write something or “do something,” and more about how we inspire each other.

Thomas Greanias and his wife Laura joined the Press Club of Southwest Florida in 2019. Do you have an article to share in an upcoming issue of SCOOP? Email Mark Young, Communications Committee Chair, at mark.young@bellsouth.net.

← WGCU News Team Wins 14 Awards
Your Board in Action →