At the March 7 NPC luncheon, the program focused on discussion by two local people involved in the recent controversy involving NCH hospital policies.

Newspapers typically have played an important role in their communities to hold people in authority accountable for their actions. So it seems that, according to Collier County Medical Society (CCMS) Executive Director April Donahue, and CCMS past president David Scott Madwar, M.D., the Naples Daily News was spot on in its coverage of the recent NCH controversy. By providing readers with the salient points of the issues, the coverage motivated public protest.

The independent physicians in our area who were to be affected by the changes proposed by CEO Dr. Allen Weiss protested, took out ads in the newspaper and made their positions known to the public. The central issue focused on a policy of vertical integration where one group of NCH hospitalists would have the responsibility to admit patients, essentially creating a monopoly in the Naples medical community.

Local patients and potential patients wanted to have the freedom to choose where they went for certain critical issues, like a heart attack or a stroke, and they wanted their own doctors to be in charge of their care, not hospitalists. 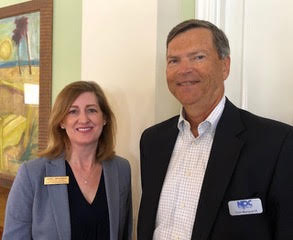 Ms. Donahue pointed out that in 1957 CCMS had 10 members and today has grown to 600 members. The society opposed the NCH policy because its members felt the proposed changes would serve to inhibit doctors with certain specialties from moving to the area, thus limiting the quality of medical care in the area. Dr. Madwar noted that currently only one endocrinologist serves the local population. 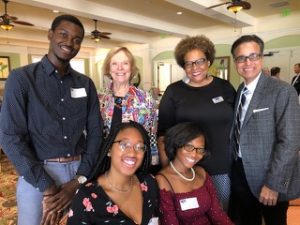 Both speakers reiterated the importance of patients knowing their rights.

This series of events led to the resignation of Dr. Weiss, the appointment of an interim CEO, and the addition of two community representatives to the board of trustees.

In the final analysis, the Greater Naples community wants and deserves quality health care. Thanks to the public response and to the media’s coverage, changes are being made.