This year’s NPC Annual Meeting, which primarily focused on the election of officers and board members for 2019, was enhanced by the Young Journalist Awards program and a raffle to raise funds for the NPC Journalism Scholarship fund. As more than 50 members and guests gathered at Tiburon Golf Club to register, they were offered a choice of a glass of champagne or mimosa to celebrate the holidays and another successful year for the club. 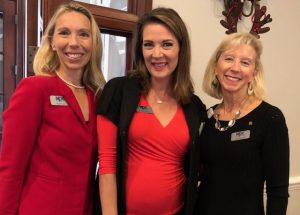 While sipping champagne, attendees made difficult decisions about how to divide up their piles of raffle tickets among the 12 items on display. “Experiences” included breakfast with Mayor Bill Barnett, behind-the-scenes tours and opportunities to shadow reporters and photojournalists at the Naples Daily News and News-Press and a similar behind-the-scenes visit to the NBC-2 television station during the morning news program. In addition, editing/writing assistance, gift cards, books, media memorabilia, a wine basket and a tabletop grill were among the items donated to help raise fund for the NPC Journalism Scholarship fund. Later that day, we learned that nearly $600 had been raised to support journalism students. 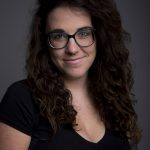 The annual meeting portion of the meeting was handled swiftly. Outgoing NPC board members Cary Barbor and Mike Sheffield were not able to attend the annual meeting but received recognition for their contributions to the board over the years. Four new board members were approved and several officers and board members whose terms were expiring were renewed for another year or two, depending on the position. 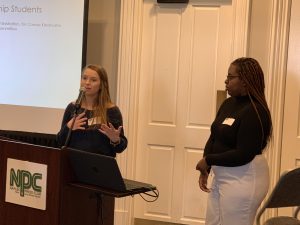 On behalf of Connie Kindsvater, chair of the NPC Journalism Scholarship Fund who could not attend the lunch, Vice President of Administration Carole Greene introduced two of the scholarship recipients who were able to attend the lunch. Tamica Jean-Charles and Shelly Westervelt added an element of youth and a sense of purpose for the Press Club of Southwest Florida as we not only provide scholarship funds, but our members also volunteer to mentor each student. 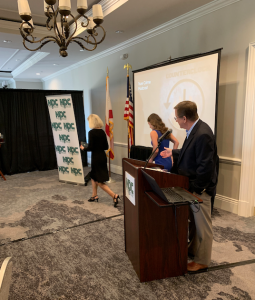 “In only its second year, the NPC Young Journalist Award program drew 17 strong applications from journalists in the under-30 age group,” said Bob. “Our judges were impressed with the caliber of entries and feel optimistic about the future of journalism based on the portfolios provided by entrants.” 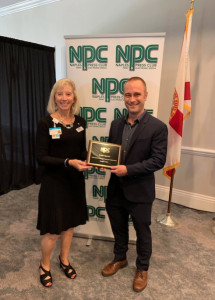 As each winner was announced, Bob provided their bio. Samples of their work were showcased in a presentation. NPC President Julie Pedretti assisted Bob in handing out the plaques and $500 checks to Print Reporter Robbie Spencer, Managing Editor, Florida Weekly and Broadcast Reporter Delia D’Ambra, News Reporter, NBC2. Photojournalist Dorothy Edwards, formerly with Naples Daily News, was unable to attend. She has taken a new position with Crosscut Nonprofit Journalism, located in Seattle. 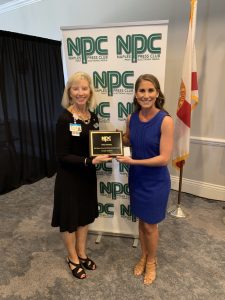 The celebratory feelings carried on for some time following the end of the meeting. It seems there would be no argument in doing this all again next December!

← Freelance Writing and Blogging Forum Successful
Your Board in Action →