Ryan Ferguson lost ten years of his young adulthood, but thanks to Erin Moriarty of CBS television’s “Forty-Eight Hours,” the rest of his life has been rescued. Ferguson was wrongfully convicted of murdering a local sports broadcaster in Columbia, Mo. and was sentenced to 40 years imprisonment. He admits that his defense attorney did a poor job in the courtroom.

Throughout the trial, Ferguson believed that the local media made a poor effort of investigative reporting. It wasn’t until the national media learned of his case and gave it national attention, that people began to realize that something was fundamentally wrong with the case and began to question his conviction. To this end, it was Moriarty’s relentless pursuit of the truth that led to Ferguson’s release about 14 months ago. His letters to the governor of Missouri and to the Attorney General were to no avail. 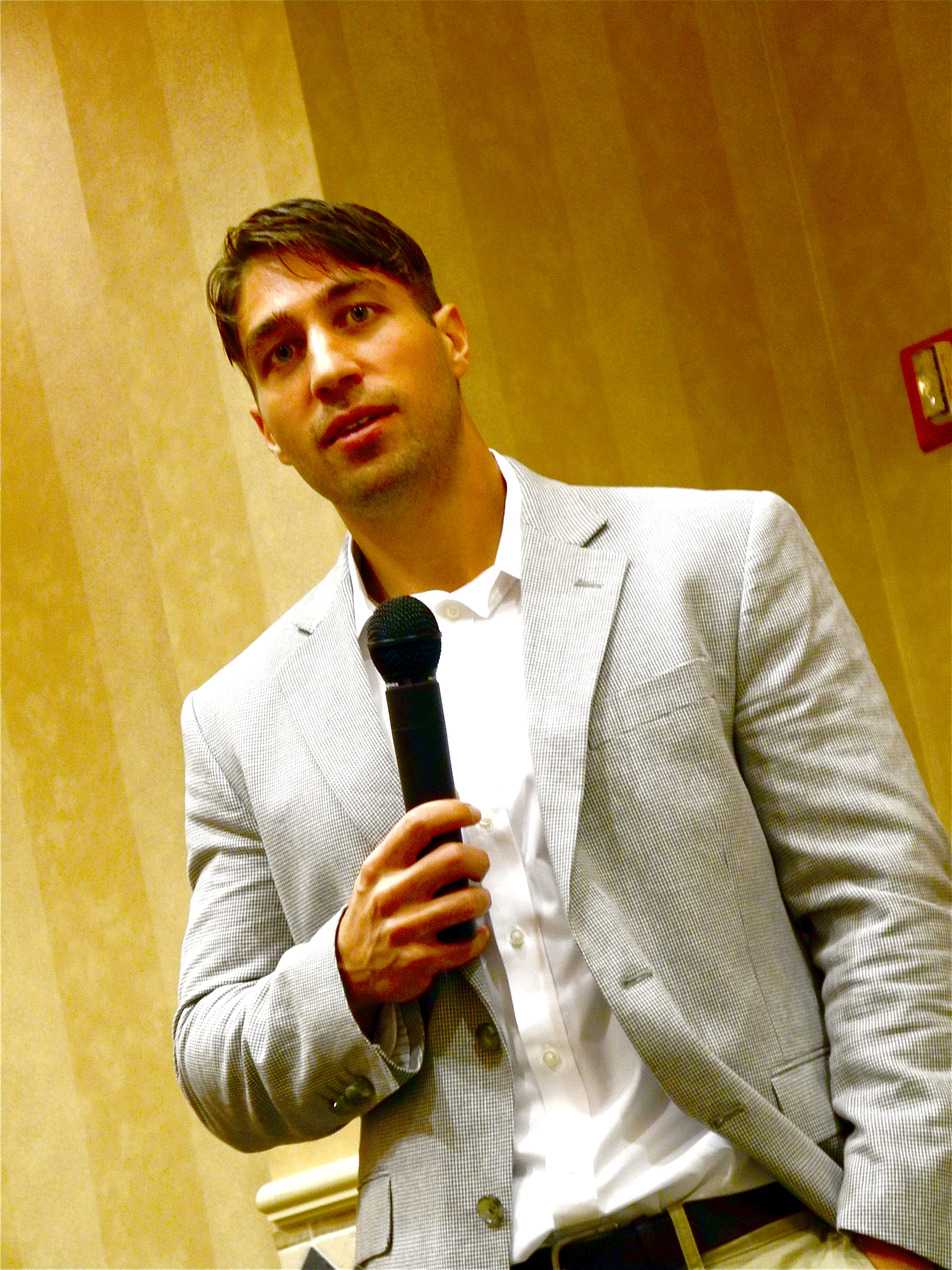 In his address to the Press Club of Southwest Florida, Ferguson both chided the criminal justice system and lauded the national investigative media. He said that he missed most of his twenties, his opportunity attend college, and a good portion of the ongoing technological revolution. When he entered prison, he had a black and white flip phone and could not text. He had no idea what an iPhone was.

Ferguson noted to club members “Prison is a place where you are going to have to find yourself.” He had a great deal of time to do that as he spent many months in solitary confinement for a number of minor prison violations.

Ferguson’s book, “Stronger, Faster, Smarter,” published in January 2015, chronicles how his incarceration helped him to become physically fit and to care about a healthy body. He now resides in Fort Myers.