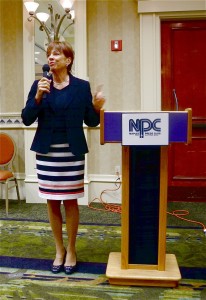 It’s not about old-fashioned etiquette with your pinkie in the air. It’s about building strong relationships today, Peggy Post told a capacity crowd at the Press Club of Southwest Florida’s May 22 luncheon.

Post, the great-granddaughter-in-law of Emily Post and a consultant on etiquette, outlined the history of the famed Emily Post and the role of her family in keeping Emily’s traditions relevant.

“I believe etiquette is here to stay,” she said. “It’s about making people feel comfortable. It’s a relationship-driven activity built on respect, being aware of others and inclusive of them, and on honesty and tact.”

She said it really doesn’t matter what fork you use. What matters is being interested in the person you’re talking to.

“Etiquette applies to everything in life. Etiquette is fluid. It applies to what’s going on in the world. People really are interested in getting along. Etiquette guides how we live, for example, with use of smart phones, email and other pop-culture activities where people are not the greatest role models,” she said.

Post said a recent Associated Press survey found that 89 percent of people surveyed believed manners are growing worse and 69 percent have seen people use cell phones in a rude manner.

She has found the younger generations are interested in etiquette. At a recent workshop in Denver, after the teens discussed that good manners could help them with dating and finding jobs, one boy asked her, “Will etiquette help me with my hormones?” 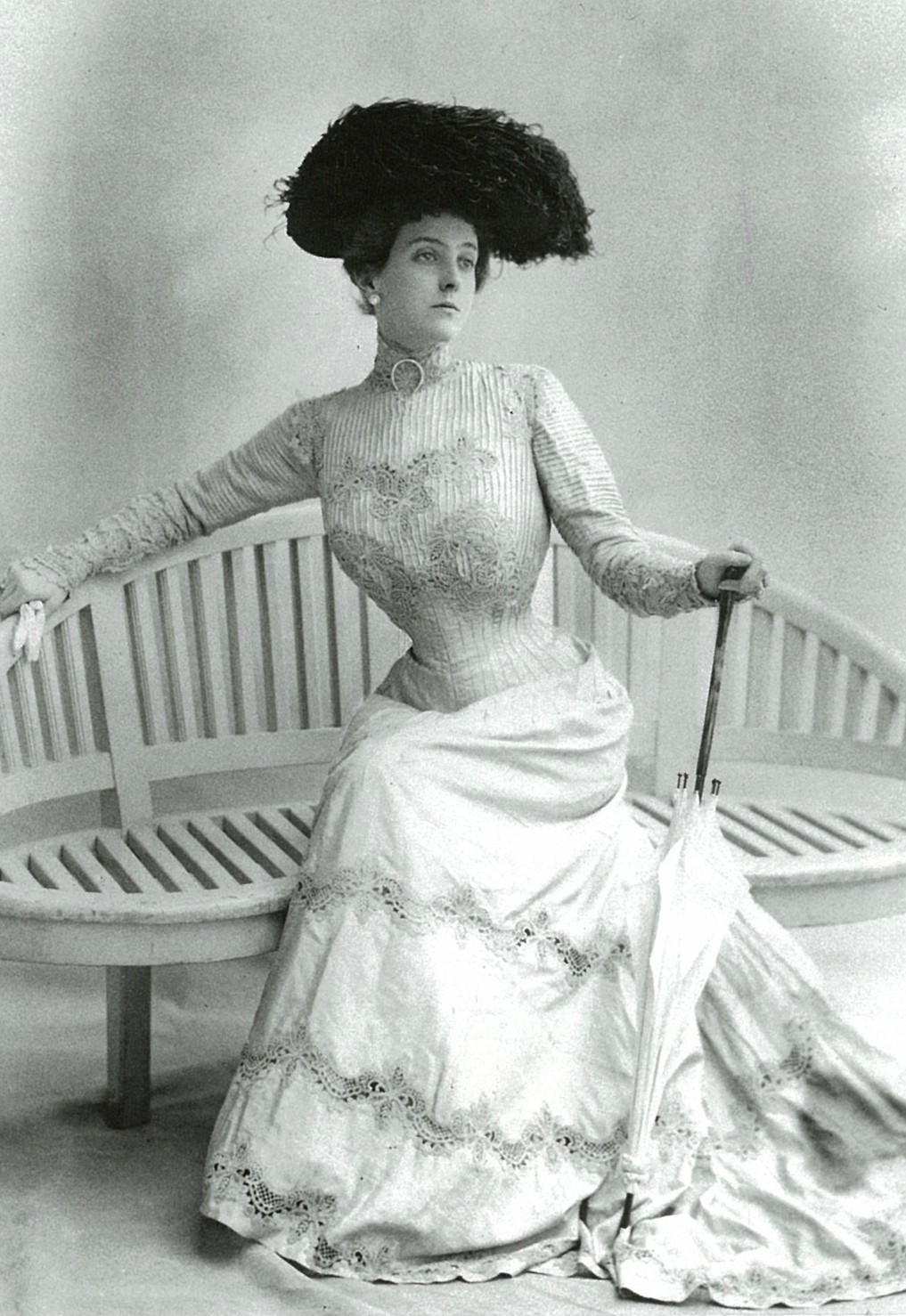 Peggy’s famous great-grandmother-in-law was born in 1872 in Baltimore Maryland, daughter of a prominent architect. Reared in a life of privilege, she married Edwin Post when she was 19. They had two sons, but the couple divorced after his philandering was discovered. Her sons were in their teens and she needed cash, so she began to write romance novels of European and American society.

Emily was in her late 40s when her publisher asked her to write an etiquette book. She was skeptical, but she published it at age 51. It became a best seller in the first year. The book sold millions of copies. She started a radio show to help people solve their problems and soon became nationally known.

In 1946, after one of her sons died, she started the Emily Post Institute, a family business in Burlington, Vermont, now led by two nieces and nephews in the fifth generation and nine descendants. The Institute maintains and evolves standards of etiquette, performs surveys, and updates books to change with the times.

After Emily died in 1960, her publisher tried ghostwriters to attempt to keep the tradition alive. Eventually, Elizabeth Post, Emily’s granddaughter-in-law (Peggy’s mother-in-law), began updating the books. When she retired 19 years ago, she asked Peggy to carry on her work. 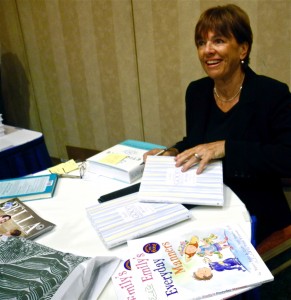 Peggy is an Institute director, consultant, author of more than a dozen books and writes columns for Good Housekeeping Magazine and The New York Times. She has made numerous appearances on national TV. She and her husband, Allen, live in Southwest Florida. She has two stepsons, Casey and Jeep. 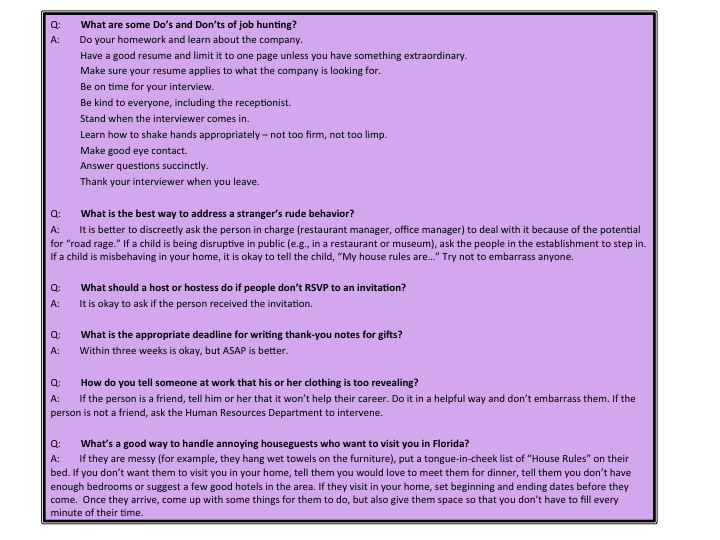