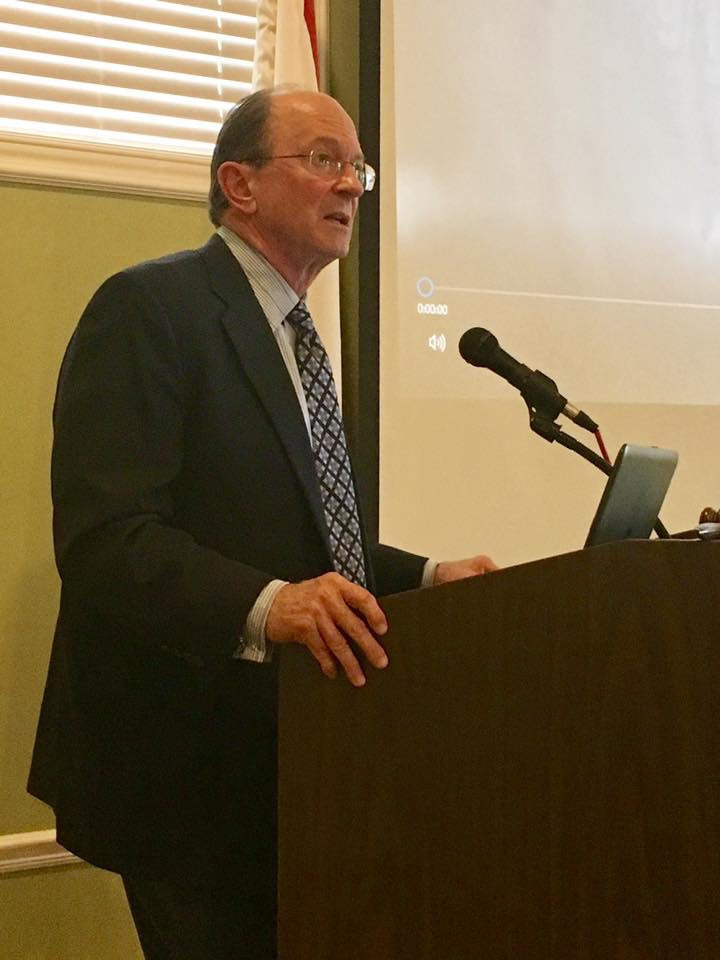 The “cone” of Irma stretched from Cuba to Canada. For the majority of her existence, her winds clocked in at upwards of 185 mph, making her a catastrophic Category 5. She remained a Cat 5 for 37 consecutive hours, howling through 1200 miles. For comparison, Hurricane Katrina, which devastated New Orleans in 2005, was a Cat 5 for only 200 miles. The highest wind gust Naples experienced from Hurricane Irma was 142 mph. A massive storm surge, predicted to ravage Marco Island and Naples, failed to materialize, as the immense storm lost her back side before she reached Naples. Storm surge power comes from the back side of the eye. We were lucky.

To prepare for reporting on the anticipation, the storm itself and the aftermath, WINK held meetings so all involved would know what to expect. Reporters in the field used their credit cards in the run-up to the storm, while electricity still functioned. After that, reporters and photographers paid cash for supplies and necessities.

Primary considerations focused on safety. Yes, their job was to report what was happening and what would happen. However, SAFETY was the most important factor, so reporters and photographers were advised not to stand outside in the wind.

At the WINK studios on Palm Beach Blvd. in Fort Myers, all staff were sealed inside the building, where pallet loads of water and copious amounts of food had been delivered prior to the storm’s impact. Doerr noted that many of the younger staff had been in college just six months before, but throughout this situation they really stepped up and grew professionally. With no windows in the newsroom, it was impossible to see what was going on outside.

Doerr reported that the ratings statistics for WINK provided them a sense of satisfaction that they had done an exemplary job. From midnight Saturday to midnight Sunday, WINK enjoyed a 50 percent share (the Weather Channel had a 20 percent share) and an 84 percent share in the early morning hours Sunday. The live streaming component of WINK’s coverage reached 1.9 million people. His obvious conclusion: that journalism matters. “WE were the reasonable, reassuring voice.”

WINK Managing Editor Carolyn Dolcimascolo showed a video montage of scenes within the newsroom, outside, and around the viewing area. “Yes, the assembled staff felt a sense of anticipation anxiety, but they knew we had a plan, that we would draw from experience. After the storm, the job kicked into overdrive. Power was out, homes were flooded. We just lived at WINK.”

WINK Reporter Channing Frampton described a few of his experiences in the field. He related that he and other reporters set up in Naples Grande Resort, a safe place. 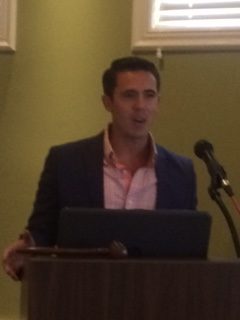 “We’d been told often not to put ourselves in danger, but I went into journalism to do this work. I actually looked forward to hurricane season.” He mentioned using baby wipes in lieu of a shower—maybe not the most glamorous side of his profession. His assignment was to “find stories.” And he did. One showed Waste Management trucks hauling away construction materials unwisely left to become projectiles in the wind. “This happened because of our coverage. We aired a story showing the materials, and people from our audience contacted the proper authorities to have them removed. We helped people.” Frampton’s time reporting in southern Collier County—Copeland, Everglades City, Chokoloskee—caused people to call to him by name. “This was humbling.”

The three sat at a table for the Q & A session, with all willing to weigh in with answers. 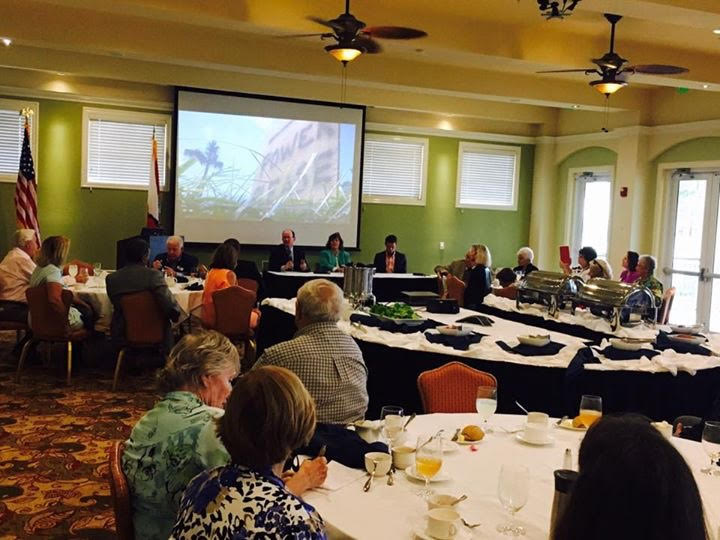 Q: Did I detect a deliberate avoidance of using the words “climate change”?
A: Doerr: Our weather experts tell us no evidence appears to indicate climate change has an impact on hurricanes. Expecting this question, I did my own personal research to learn that every 12 years, we have more Category 5 storms than in other years.

Q: Where did you get fuel, necessities for your people?
A: Doerr: Brought in pallets of water, brought in food; in field, our people had cash. Positioning our microwave trucks was critical, but most live reporting was done by cellphones. Downside of that was the need for power to charge them.

Q: Did you have any trouble reaching one another?
A: Frampton: I never lost cell service. Something of a miracle.

Q: People outside called the station—was a switchboard in operation?
A: Doerr:Yes until later, when all calls went directly to the newsroom. We have seven radio stations within WINK, too.

Q: What did the counties do well and what badly?
A: Lee County’s Emergency Operations Center, although easily the largest facility in the area, was unresponsive to media. Collier County’s EOC did a much better job. Someone there was on the phone with our head meteorologist Jim Farrell, who walked everyone through the storm’s graphics. We were dumbfounded when late Sunday, Cape Coral issued a warning for a nine-foot storm surge—this after the storm had lost its back side and we all knew the surge wouldn’t happen like that.

Q: We knew we’d lose power, but we didn’t get any information about what to do after the electricity went out. How do you make decisions on what to report BEFORE the storm?
A: Doerr: We refer to our plan. Hard to predict from the spaghetti models. We report what we know. Initially, counties didn’t open enough shelters, enough to take pets. No triage on levels of shelters. EOCs in all three counties (Lee, Collier, Charlotte) could have done better on shelter preparedness.

Q: Will you hold a postmortem to learn from your experiences?
A: Doerr: This would be good for all stations. The major networks deployed their people to the east coast, where they thought the storm would go. When it shifted west, we had to cover this area. We fed CBS and CNN Sunday through Monday night.

Q: How did FPL do regarding outages?
A: Doerr: The best ever. FPL knows how to deal with these situations as well as possible. Building codes since 1992 protected our homes and businesses. Our governor performed well.

Q: Any financial limitations?
A: Doerr: A station can’t budget for this. Our general manager was phenomenal; he got us what we needed. He rented equipment, had it flown in. We hemorrhage revenue during such situations; advertisers don’t support disaster coverage. We ran commercial spots—our anchors needed restroom trips—but most were promotions we’ll never get paid for.

Q: How did you know where to go?
A: Frampton: We were told to go to Naples and find stories. I told assignment folks we would stay in the hotel where it was safe, and we found stories everywhere. Emails gave us tips on what areas needed coverage. When possible, we checked them out.

← Your Board in Action
Member Musings: Iris Shur →